Madison Duguay: Athlete of the Week 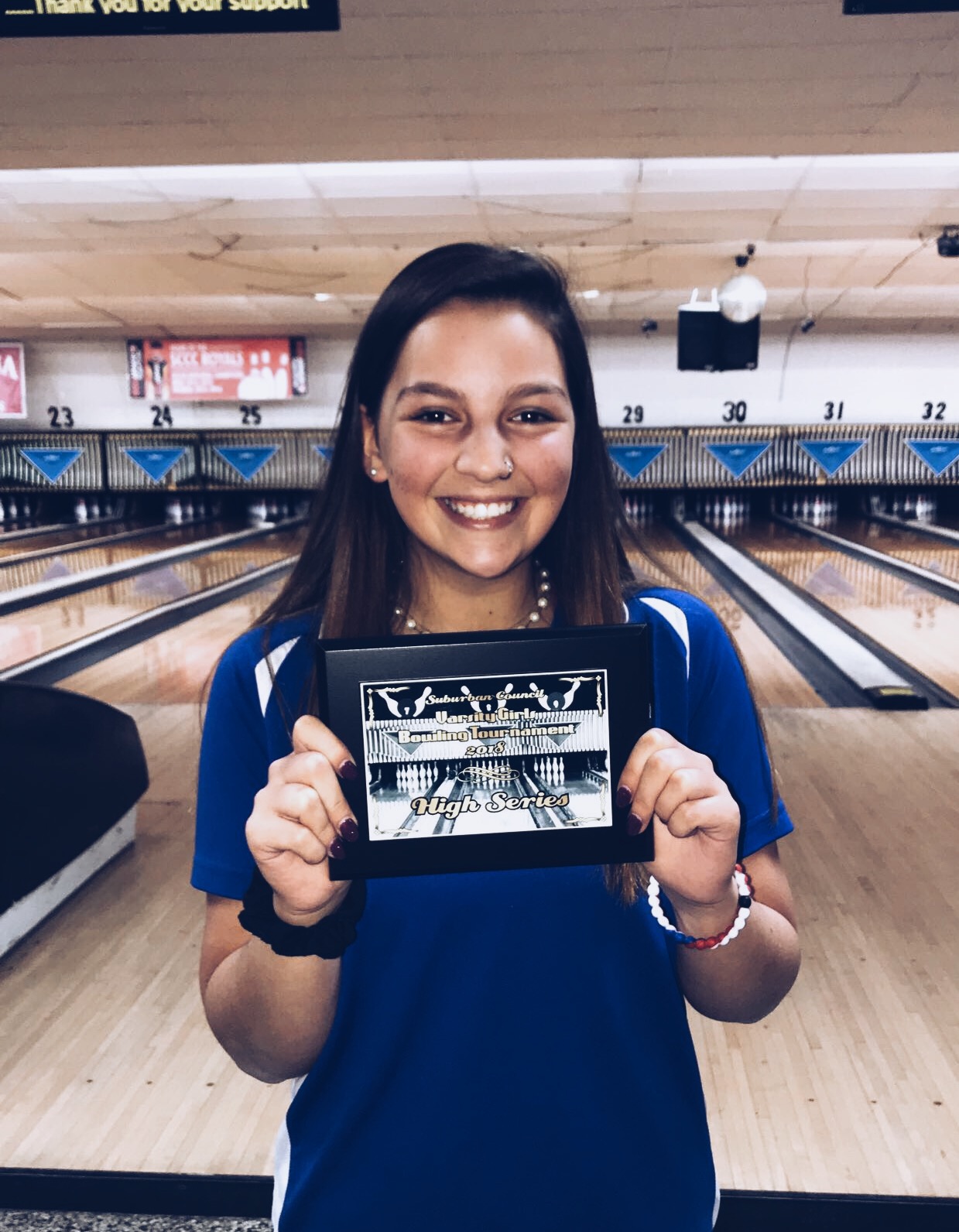 SARATOGA SPRINGS — Madison Duguay, a 17-year-old senior at Saratoga Springs High School, is a triple threat: top-scoring bowler, inspiring feminist, and hard-worker, with two part-time jobs. On Tuesday, Feb. 6, Duguay took top honors at the Suburban Council bowling tournament, ranking the number one female with a score of 699. Duguay has previously made Second and Third Teams in the Suburban Council, but that 699 is the highest she’s ever bowled, finally securing her a spot on First Team. She has been a bowler since she was seven years old, following in her father’s footsteps.

“I started in junior programs and then worked my way up,” she explained.

She has been on the varsity team since the seventh grade.

“I love it. When I first started, all the girls were really welcoming, that’s how I learned to be really nice to the new incoming girls. I try to be as welcoming as possible, I thought it was welcoming when I was little so, hopefully the new girls see it like that,” she explained.

Duguay will not be continuing her bowling career in college at SUNY Cortland, where she will be majoring in Early Childhood Education.

“I’ve always been a volunteer at elementary schools and preschools and I love kids, I’ve been around them my whole life. I find my teachers to be my mentors, so I aspire to be like them,” she said, of her career choice.

While school has always “come easy” for her, she does struggle with math and has overcome that with receiving extra help staying after school. She also works two part-time jobs, at the bowling alley, and Justice, a clothing store.

Duguay states that she would choose Emma Watson to play her in a movie of her life, “because I’m really into feminism so I feel like she would be good for me.”

“I’m always empowering girls and I always find it fun to inspire them. I’ve always followed women in the news and social media, especially Emma Watson. She’s at all the conventions. I love to inspire girls now, so they know what to do later,” she said.

“I’m grateful that bowling has brought me all of this opportunity and all my best friends are on the team so I’m really glad I’ve been able to meet them,” Duguay stated.

More in this category: « Mazdzer Takes Silver Wrestling Sectional Results »
back to top