SARATOGA SPRINGS — Alphonse Lambert has been coaching varsity baseball at Saratoga Central Catholic for the last 31 years. Including himself, Coach Dale Long, Jr., and Coach Harry Lomasney, they have 135 years of coaching experience between them; that knowledge is the reason it is no surprise that Spa Catholic baseball always has a phenomenal season. Coach Lambert and Coach Long are also in the New York State Baseball Hall of Fame. Still, while the coaches lead the team the best they can, the boys are the ones on the field playing their hearts out every game.

“Last year we had 20 wins and only three losses,” Lambert explained, “we had a great year. We went to our second straight sectionals final and the team looks to be very strong again this year. Our strength is definitely our pitching staff, led by Wasaren League’s most valuable player, Terel Tillman, and Dylan Custer, and Kaden Learch.”

“It’s really talented group of kids. It’s a really nice team. The kids are working hard. Instead of having goals of winning a league title or winning a tournament or sectionals and beyond, our goal is to win every inning. We’re trying to cut it down to realistic things that we can control in front of us; we want to look at attainable goals that are in the short-term and have that build to our end product. Those are the things we can control, we can’t look ahead,” Lambert explained.

“I’ve got a great coaching staff. My assistant, Dale Long, has been with the program for 12 years. His dad was a former major league player with the Yankees, he brings wealth of knowledge to our team and our hitters. Our pitching coach is Harry Lomasney, and he’s the former Greenwich baseball coach. He ended his career there with 328 wins and two state titles,” Lambert praised.

“We’ve got some work to do in the league, it’s pretty competitive this year. Greenwich, Hoosic Valley, Hoosic Falls, and Tamarac, those are the teams that are going to be very formidable. Those four teams are going to give us everything and more,” he said.

Sports at a Glance will be back next week and will include all upcoming games for Spa Catholic and beyond. 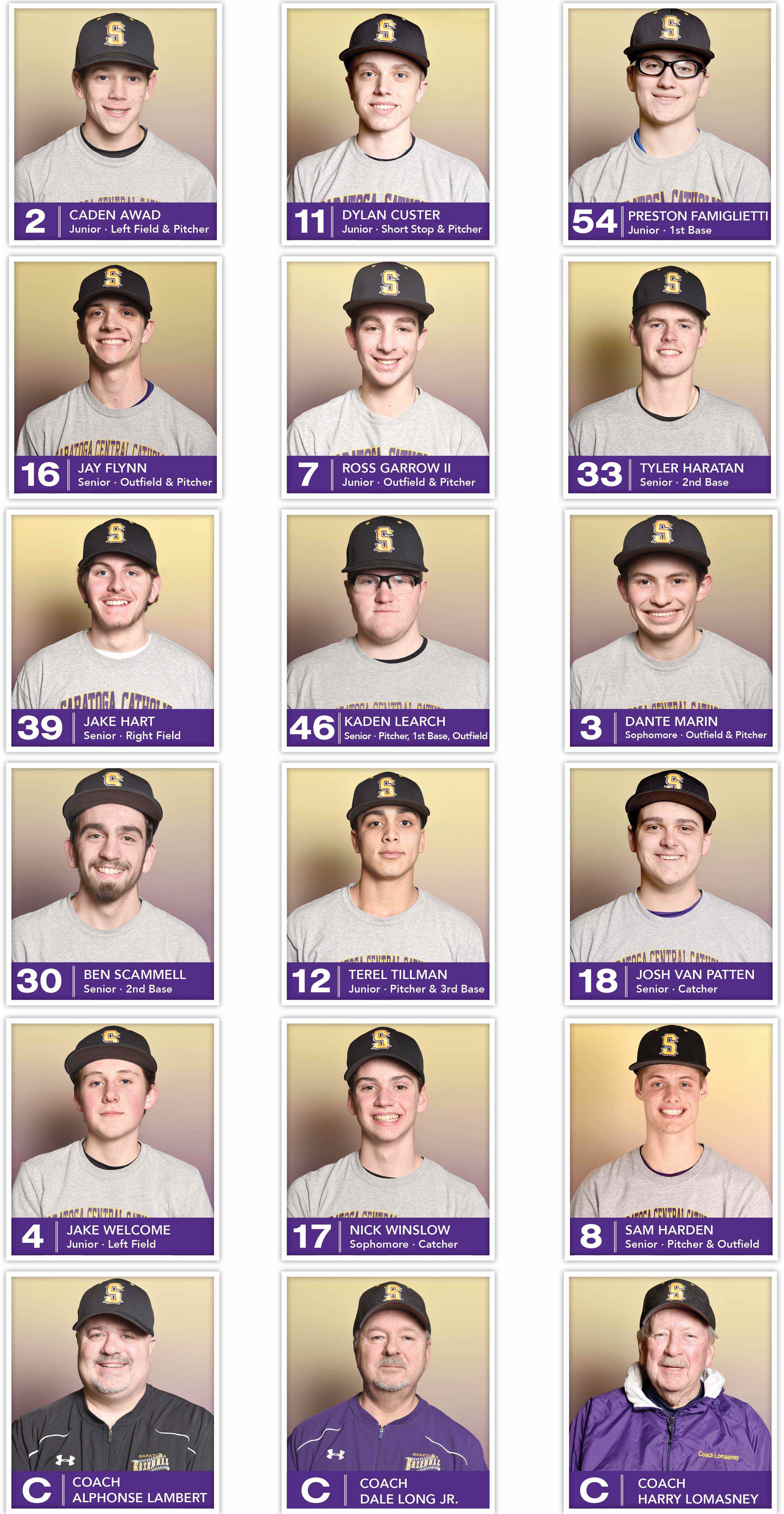 Read 1908 times
More in this category: « Athlete of the Week: Alex Fragomeni Meet the Team: Saratoga Blue Streaks Baseball »
back to top