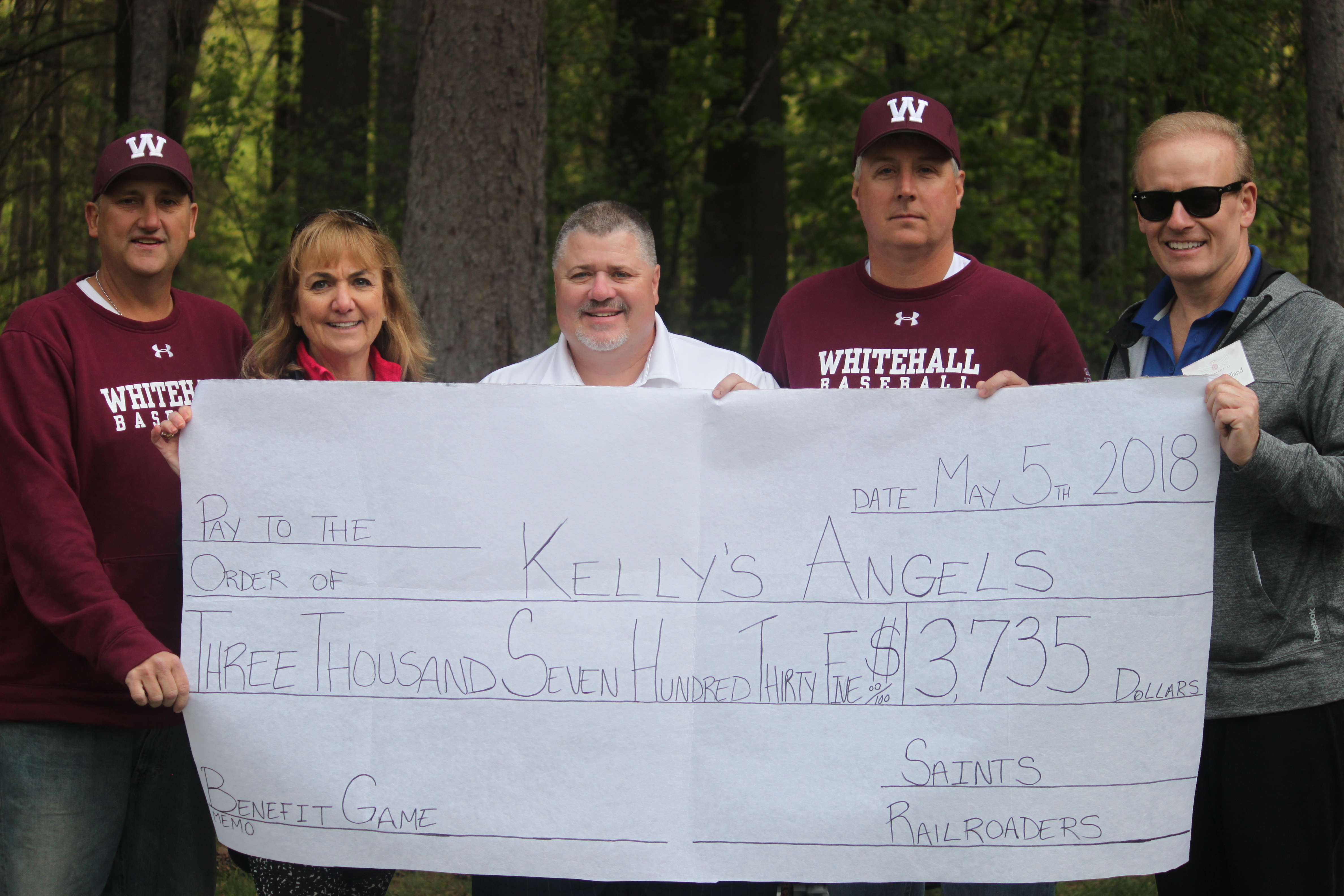 Spa Catholic Charity Game Raises $3,375 for Kelly’s Angels
SARATOGA SPRINGS — On the evening of May 5, Saratoga Catholic and Whitehall High School baseball teams played a charity game in support of Kelly’s Angels, Inc. Through donations, 50/50 sales, and a raffle for New York Yankees tickets, the teams and their families raised $3,735 to help Kelly’s Angels assist Capital Region children who have lost a parent or sibling to cancer. For more information about Kelly’s Angels, please visit www.kellysangelsinc.org.

Saratoga Regional YMCA Basketball  [Over 25-year-old League]
TEAM WINK 88 - TEAM REED 79 Brian Travis had a game high 25 points and teammates J.R. Michael and Matt Scoons each dropped in 22 points along with Kurt Troyer’s 15 points, which all helped Team Wink get an 88 to 79 win over Team Reed. Colin Fuller got 20 points while Vonzel Legal and Garris Ramsdell contributed 19 points apiece in the loss.
TEAM DUFF 91 - TEAM LOMBARDO 67 Team Duff Ran their record to 7 and 0 with a 91 to 67 win over Team Lombardo in what was a closer game than the final score displayed. The winners were led by Rich Duff who scored 21 points while Corey Harkins and Josh DeMarais
had 17 points each. Team Lombardo got 26 points from Alex Ventre and another 19 points from Tim Harrick.
TEAM EMERY 73 - TEAM SIKORA 71 Team Emery got off to a fast start and had a 20-point lead at half-time but a gutsy Team Sikora fought back to make this game a real nail biter at the end. Team Emery got the two-point victory over Team Sikora. Team Emery’s Andrew Armstrong scored 25 points, Chris Cameron 16 points, while Travis Ramsey and Blake Rizzi each had 15 points in the win. Camdon Spencer exploded for 40 points and Rick Sicari dropped in 19 points in the loss.