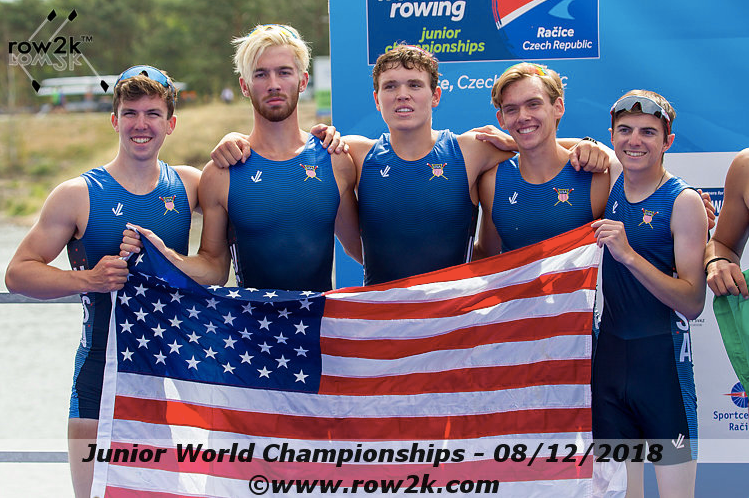 “He is part of our high school team, he goes to Saratoga High. One of the coaches for the Junior World Championships is Chris Chase, who is our regatta director and our freshmen boys’ coach. He used to also be a teacher at Saratoga High School,” SRA executive director Eric Catalano.

In July, the Under 23 team also competed in Poland, they placed first in the U23 Women’s Double Sculls, featuring Sydney Michalak and Ashley Johnson. The Seniors team will be competing in Bulgaria September 9-16. Catalano describes the Senior World Championship as the “in between Olympics” competition.

With the Men’s Senior Quad heading to Worlds next month, their coach Emanuel Valentin had nothing but positive things to say.

“These four guys are incredibly driven to achieve their goals. Two of them (Sam and James) moved from their respective cities, NYC and Philadelphia, to train with Michael and Alex on two days’ notice.  Michael is a fulltime student at RPI is also enrolled in the ROTC program.  Alex just graduated from SUNY Albany with his Law Degree. With limited time together, we make large steps everyday towards improving and are looking forward to representing the USA,” said coach Emanuel Valentin.

“For a rowing organization, I feel like this is a homerun or the trifecta, of being able to get the current athletes into each of those world championship events,” said Catalano.