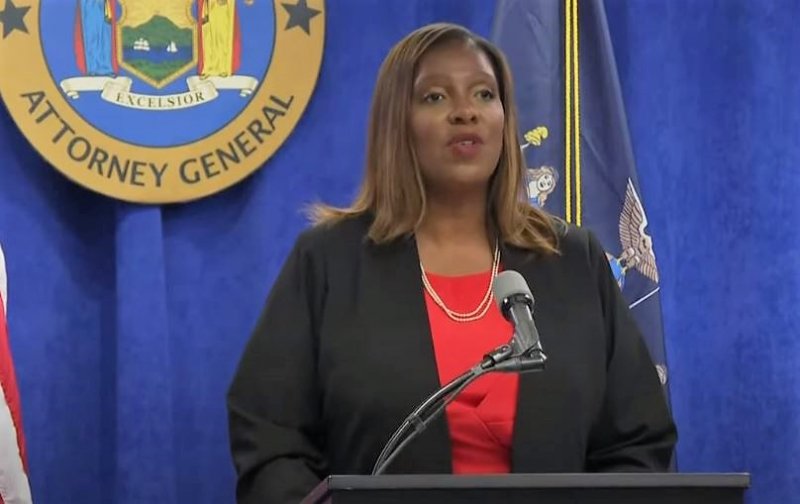 SARATOGA SPRINGS - Statements from local political leaders were swift in response to the report of the Attorney General’s investigation into allegations of sexual harassment by Gov. Andrew Cuomo.

“As we have said before, the reported actions of the Governor were profoundly disturbing, inappropriate and completely unacceptable. Today’s report from the New York State Attorney General substantiated and corroborated the allegations of the brave women who came forward to share their stories -- and we commend the women for doing so.

“The New York State Attorney General has conducted an independent, thorough and professional investigation that found the Governor violated state and federal law, had a pattern of sexually harassing current and former employees, retaliated against at least one of the accusers and created a hostile work environment. No elected official is above the law. The people of New York deserve better leadership in the governor’s office. We continue to believe that the Governor should resign.” -  Democrat U.S. Sens. Charles Schumer and Kirsten Gillibrand, in a joint statement.

“The just-released comprehensive, thorough, and independent report from New York State Attorney General Letitia James into the Governor’s disturbing pattern of sexual harassment, and workplace intimidation while breaking state and federal laws leads to one inescapable conclusion – one that I reached months ago: Cuomo must resign, now! As detailed in the Attorney General’s findings and a five-month-long investigation, Cuomo is a serial sexual harasser that has brought disgrace upon his office and stained our state. For the good of New York, Cuomo must go. He must immediately resign or face bipartisan impeachment during a Special Session of the state Legislature.” – Sen. Daphne Jordan, R-Halfmoon.

“This is truly a disappointing day for all New Yorkers but an important one to begin to provide some closure for all the women who were victims of this Governor’s actions. The New York State Attorney General’s disturbing report confirms what I’ve been saying for months, that Andrew Cuomo must be impeached and removed from office immediately.  Enough is enough!” – Sen. James Tedisco, R-Glenville.

“No one is above the law and today justice must be served. Governor Cuomo must resign and be arrested immediately…President Joe Biden must immediately call for Cuomo’s resignation. In December, I was the first federal official to publicly call for an independent investigation into Governor Cuomo’s sexual harassment, abuse, and assault. The independent investigation led by the Attorney General's office confirms Governor Andrew Cuomo sexually harassed and assaulted multiple women, including employees in his office and state troopers. The media and Democrats smeared me and closed ranks to protect Cuomo, a shameful chapter in New York history. All of them including his staff must be held to account. These brave women deserve swift and definitive justice.” - U.S. Rep Elise Stefanik, R-Saratoga, 21st Congressional District.

“I called for a full and independent investigation earlier this year into credible allegations that Gov.  Cuomo sexually harassed several women including members of his own staff. In March, as those allegations grew even more troubling, I called on him to do the right thing for the people of New York and resign. The New York Attorney General’s report today confirms my worst fears. The governor‘s victims deserve justice, the people of our state deserve better and the governor needs to resign.”  - U.S. Rep. Paul Tonko, D-Amsterdam, 20th Congressional District.

“I called for the Governor’s resignation when these credible allegations came to light earlier this year. Now that we see this thorough and well documented investigation released by the Attorney General, there is no doubt that Andrew Cuomo cannot continue in a leadership role in this state. In light of the pervasive appalling behavior documented in this report, he should immediately resign. Failing this, the Assembly should impeach Andrew Cuomo. As a voter in New York, I am angry. As a human being, I am disgusted.” - Assemblywoman Carrie Woerner, D-Round Lake.

More in this category: « Saratoga-Wilton Elks Seek Entertainment Acts for Patriot Day Parade On 9/11 Saratoga County: “Strongly Encourages” Vaccinations, Will Not Mandate Masks »
back to top