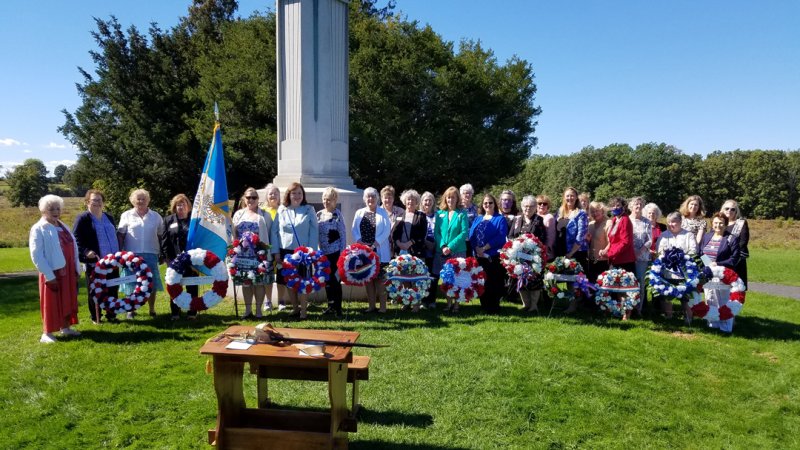 From 1929-1931, the early part of the Great Depression, the DAR collected from the members $11,000 to install the monument at the Battlefield on Oct. 10, 1931. At the base of the monument is a tablet with this inscription: “The unknown soldiers who perished in the battles of Saratoga, Sept. 19 and Oct. 7, 1777, and were here buried in unmarked graves, helped to assure the triumph of the war of independence to create the republic of the United States of America, and to establish liberty throughout the world. In honor of those patriots and in recognition of the bicentennial of the birth of George Washington, this memorial is erected by the Daughters of the American Revolution of New York State.”

Special guest was New York State Regent Patrice Birner to recognize this special anniversary. If you are interested in joining the DAR, please email This email address is being protected from spambots. You need JavaScript enabled to view it..

More in this category: « Saratoga Springs Residents: Sign Up by Oct. 1 for Free Household Hazardous Waste Collection Day Healthcare Dilemma »
back to top