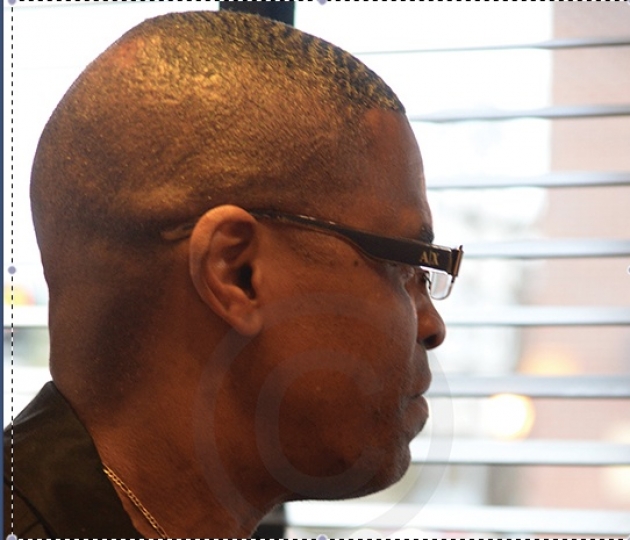 - To Speak At Skidmore Next Monday Evening

“ ‘Cause there'll be hard times,

Who knows better than I?”

SARATOGA SPRINGS – He was dealt a losing hand from the beginning.

Then, for a long time, by his own admission, he made it a lot worse.

Kelvin Davis doesn’t shrink from his past, which is not a pretty picture. Scarce, stolen moments of happiness, perhaps, spread too thin over five decades of hell.

Born in Brooklyn, Bedford-Stuyvesant specifically, with documented abuse throughout his formative years. But on February 15, 1987 at age 24, it got worse for Kelvin.

The facts are not in dispute, by Kelvin or anyone else. He was convicted of first-degree manslaughter. An official NY Appellate Court record read as follows:

“In the early morning hours of February 15, 1987, two private security guards were summoned to an apartment at the Martinique Hotel by residents complaining of a loud argument between defendant and his wife. One of the guards argued and grappled with defendant, at one point holding him against the floor in an attempt to calm defendant down. After defendant was released, and as the guards were leaving, defendant grabbed a sawed-off shotgun which he kept in his apartment and, at close range, shot and killed the security guard, who in defendant’s mind had “disrespected” him.

Defendant does not challenge his guilt of either manslaughter or possession of a weapon.

It is important to note that Kelvin was acquitted on the more serious charge of second-degree murder.

But how much does your life have to sink where you can take solace in that kind of hair-splitting?

And so Kelvin went down. Down hard.

He entered the ‘land of no hope’ – no other way to put it. His first and only foray into the penal system led him to be incarcerated in Ossining (Sing Sing), Attica and a three-year solitary confinement stretch at Elmira. One admittedly horrific crime led to one squandered lifetime.

When he emerged from prison, Kelvin was nearly 50 years old, and had spent more than half his life in such places.

He has a trailer waiting for him in Greenfield Center that his son provided, but as part of his many parole conditions, (which can extend as far as 2030), Kelvin has to live at Shelters of Saratoga (SOS), hold down gainful employment and a host of other conditions.

He credits his SOS caseworker, Ginny Stoliker, with helping him to find a job at Quad Graphics in just eight days, and Kathleen DiCarlo, an instructor at John Paolo’s Beauty Institute with taking an interest in him. Kelvin expects to receive his cosmetologist license before Labor Day.

So far, so good as far as that goes. What is not required by parole, but comes from inside Kelvin Davis’ spirit is the desire to share his journey – but he’s no role model, and intends to say so. “I have 24 years of reasoning,” he said, “why you don’t make decisions like I did on February 15, 1987.”

Kelvin will share and expand that message at a special lecture at Skidmore College’s Emerson Auditorium on Monday, April 14 at 6 p.m. The presentation is free and open to the public.

He has many stories of relentless horror, of inhumanity and pain. He shared some vignettes that were raw, gritty and terrifying. It would be an injustice to try and replicate them in print. Better to hear them directly. He does promise that everyone will “…laugh a bit, weep a bit more, but learn a lot.”

In our visit, he called it ‘paying it forward,’ which is fairly popular jargon these days, but subject to a variety of meanings. I asked him for some amplification as to what that plainly meant to him.

He stared out the window. Looking through slats that cast a horizontal shadow, left to right across his face in the dwindling sunlight.

For decades, that shadow was vertical, from bars that extended up and down. Except with a lot less sunlight and much darker shadows. “For me, it’s the only way I know to give back.” Kelvin said.

He looked straight at me and said, “I want to share the things I’ve learned in the hope that somebody will not have to go through what I did.”

“If I can get even one person to listen, then for me it will be mission accomplished.”

Presented by Bene-Faction and Skidmo’ Daily

More in this category: « Expanded Wellness: Ground Breaking Set For Late Spring in Wilton 'Ships Passing in the Dark' »
back to top