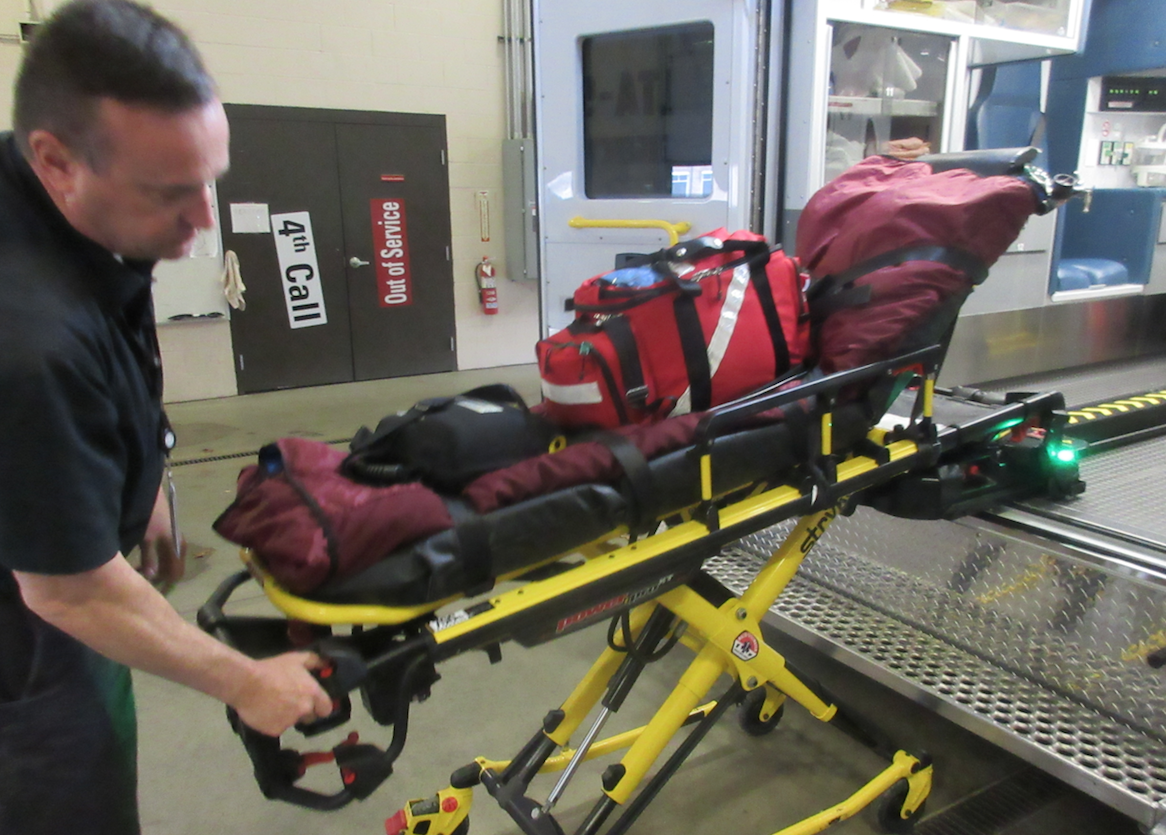 MALTA – On a Tuesday evening, the siren noise of a passing ambulance filtered through an open window in the Malta Town Complex during a routine monthly meeting of town planners.

According to Scott Skinner, executive director of Malta/Stillwater EMS a short distance south, that same vehicle was racing on Route 9 toward a stock car driver at the Albany-Saratoga Speedway who had a heart attack and required prompt medical attention.

“We took good care of him,” Skinner said.

That particular emergency on April 24 brought the ambulance service one notch closer to 1,200 response calls so far this year.

Skinner, who gave a presentation to the Malta Town Board the night before, is projecting that his EMS squad will handle more than 3,600 total calls in 2018, with 3,000 of those requiring trips to area emergency rooms.

“Our call volume is increasing every year,” he reported, noting how two-thirds of the calls fall into the category of “advanced life support.”

On May 7, the town board is expected to vote on a resolution that would start the process of creating a new EMS district in Malta, as neighboring towns have done.

The goal is to shift roughly $500,000 that Malta currently pays Malta/Stillwater EMS out of its annual budget to the Saratoga County property tax levy paid by town residents.

Malta Supervisor Vincent DeLucia said the proposal, whether it is approved by town voters in a special referendum next November or the town board, will not exceed the state-mandated 2 percent cap on property tax increases.

Many details still need to be considered, DeLucia added, such as the establishment of a formal map of the EMS district, the actual equipment used and staffing levels.

At present, Skinner told the town board members, Malta/Stillwater EMS has an annual budget of $2.4 million.

In a brief tour of the Malta/Stillwater EMS headquarters at 2449 Route 9, Skinner demonstrated an electronic lift that alone costs $20,000. It aids staff members in moving patients in and out of the squad’s newest ambulance, which he said had a price tag of $176,000.

“Anything medical is expensive,” he admitted.

DeLucia said the Town of Stillwater provides an additional $200,000 of support each year, based on the fact that Malta generates substantially more EMS calls than Stillwater due to the proximity of I-87 and three senior housing complexes.

Malta Comptroller Kevin King explained that the EMS operation obtains a large amount of its funding through bills that are sent for medical services provided.

“Our growing town has growing needs,” King added, noting how the $500,000 paid to the EMS location now could be easily redirected to maintenance projects on 70 miles of town roads or other departments in Malta.