An uplifting story shot over four decades, “Virgin Blacktop” tells the story of the lives of a disparate crew of kids from Hudson River towns who had almost nothing in common when they met in the 1970s. The film uses the vehicle of skateboarding to tell the story which will make its world debut as an official sport in the Tokyo 2020 Olympics.

Samuels – whose photography has appeared in the pages of Sports Illustrated, Time, Vogue and The New York Times, among others - directed the film. He was also the spokesperson for over 3,000 skateboarders who lobbied the city of Saratoga Springs to re-open “The Bowl” on Lake Avenue eight years ago.

“Virgin Blacktop: A New York Skate Odyssey" premiered at the San Luis Obispo International Film Festival in California in 2018. The uplifting and sometimes heart-breaking coming-of-age story is about a super funky crew of suburban New York City kids who first met in 1977 with nothing in common except a passion for skateboarding. Despite their vastly different ages, races and economic backgrounds and with their parents hands off approach, they formed a competitive, traveling team of spirited outsiders called the “Wizards.” Now, nearly 40 years later, they remain lifelong friends, but their lives have followed very different paths, from boardrooms to jail cells.

SARATOGA SPRINGS – At the Saratoga Springs City Council meeting on Tuesday, April 19, Ted Mallin, AIA, a Principal at Envision Architects, made a presentation about five options for making space in City Hall to accommodate a second courtroom, which has been mandated by the state.

An open letter to the Citizens of Saratoga Springs: April 19, 2016

When the call came in from Saratoga TODAY reporter Arthur Gonick last Thursday, I was at a dinner in Troy with other regional Mayors accepting an award on behalf of Saratoga Springs as one of the 22 cities across the nation who ended veterans' homelessness by the end of 2015.  After the dinner, I listened to the message and was stunned to hear that a "story" that I was the subject of was going to run in the paper the following day and they had gone to press without even giving me a chance for a comment, response or clarification of the facts. In my dozen years of public service, I've never not had a chance to respond to an article relating to me or, at the very least, asked for a comment prior to publication.

Back Inn the Day 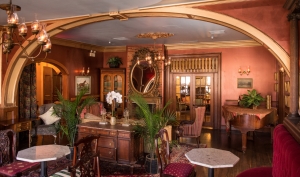 Inn at Saratoga Gets Victorian-Era Makeover

SARATOGA SPRINGS – The 173-year-old Inn at Saratoga, located at 231 Broadway, celebrated the completion of many of its extensive renovations capitalizing on the venue’s old world charm on Thursday, April 21 with a grand opening event that included menu samplings and cocktail tastings, as well as the sounds of acoustic guitar player Jeff Walton, a regular entertainer on Thursday nights at the Inn. 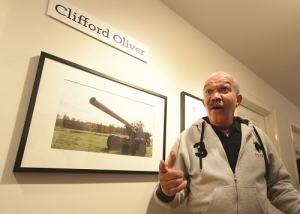 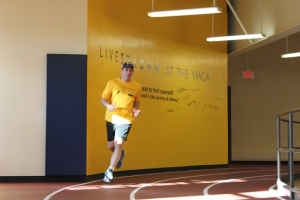 No Murder Charge in NYS for Dealing Death

SARATOGA SPRINGS – Another young victim was lost last week to the war on drugs, a 23-year-old local woman who died of a drug overdose right here in Saratoga Springs. For her, and many families like hers, the drug war is more of a street fight, one that lurks in every home medicine cabinet, haunts every playground, and boldly grins through every neighborhood here and across America. 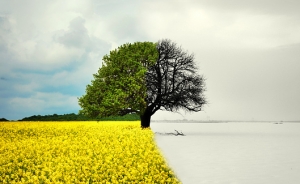