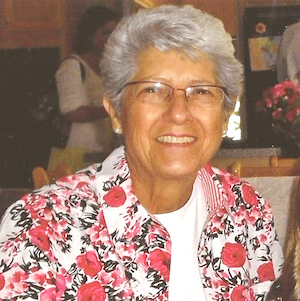 SARATOGA SPRINGS — Diane M. DiMiceli of Saratoga Springs died peacefully on May 9, 2021 at the age of 81. She was the first child of the late William and Catherine Slivinsky, born on August 2, 1939 in Hackensack, NJ.

Diane met the love of her life A. Edward DiMiceli Jr. (Eddie) in high school. They married in 1963 and enjoyed 44 years together before Ed passed in 2007. They loved traveling, going to the beach, golfing, gardening, and bike riding. Anyone who knew Diane knows that she was always busy with a project and was not one to sit still. Diane had a special gift of seeing and using color and design, whether it be in her fabulous gardens, a room in your house, or even an outfit. She believed it was best to be up and going and to accomplish something each and every day.

Diane worked for AT&T in NYC until she started her family. She was a wonderful mother and care giver to her four children, dedicating much of her focus on them as well as her whole family’s well-being. Diane and Ed moved from NJ to Stamford, NY where they lived for 15 years before moving to Aurora, NY in 1985. They moved to Saratoga Springs in 2001 and made this community a part of their life. Diane was active in the St Clement’s parish as a Eucharistic Minister and visiting those who were hospitalized. She enjoyed meeting new people and playing Mahjong and other games with friends. She wintered in The Villages, FL where she was very active and social with many friends.

Diane is survived by her four children Cathy (Elliott) Masie, AnneMarie (Mike) Hotaling and Eric DiMiceli, all from Saratoga Springs, Brian (Lisa) DiMiceli of Manlius, NY; her grandchildren Thomas and Alison DiMiceli; step-grandsons Jared and Eric Hotaling; and her brother Bob (Barbara) Slivinsky of Livingston, NJ; brother-in-law Jack Celentano as well as several cousins, nieces and nephews. Diane will be sorely missed by her family and friends.

Her family would like to thank The Wesley Community and the staff of 5 Springs and Hospice for caring for her and keeping her safe over the last year.

Relatives and friends may call from 9:30-11a.m. on Wednesday June 2, 2021 at William J. Burke & Sons/Bussing & Cunniff Funeral Homes at 628 North Broadway in Saratoga Springs (518-584-5373). Immediately following, a Mass of Christian Burial will be held at 11:30 a.m. at St. Clement’s Church at 231 Lake Avenue in Saratoga Springs. A private burial will be held at Saratoga National Cemetery.

More in this category: « Donald P. Carter Sidney Allen »
back to top