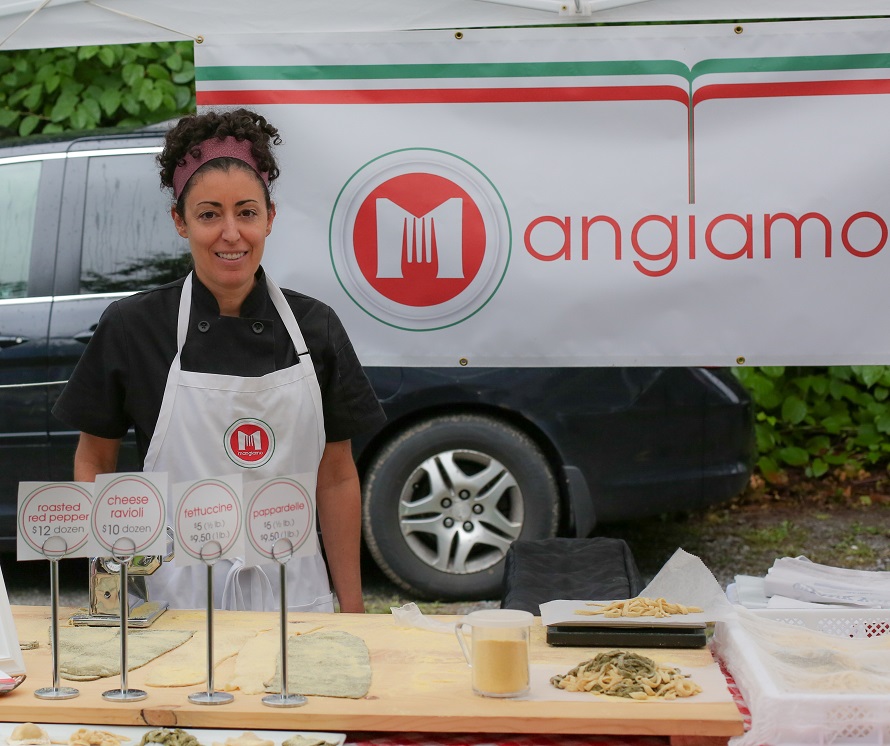 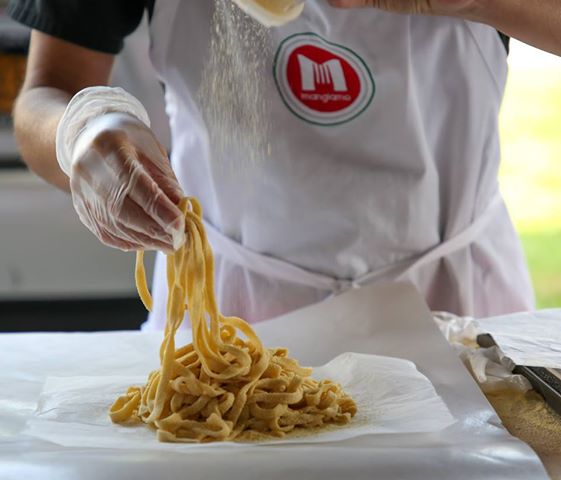 As the Saratoga Farmers’ Market opening bell rings, Rose Contadino begins making pasta. Regulars and newcomers gather around the pasta board to watch the process – the sprinkling of semolina flour, the rolling of the dough into strips, and the dough’s final trip through the pasta cutter into ribbons. “It’s like a show,” says Contadino, with a laugh. “People love it.”

Contadino owns Mangiamo, one of the market’s three new Italian prepared food vendors. While the other two – Giovanni Fresco and La Dolce Vita -- make dishes to be eaten on the spot, Mangiamo offers fettuccine and pappardelle for home cooking.

Contadino arrives at the market with her dough, prepared in a commercial kitchen. As she prepares the fresh pasta, she lets it dry under a protective mesh. She offers half-pound and one-pound portions. Market goers take the pasta home, set up their pots of boiling water, and can get the noodles cooked in three to five minutes. Contadino also offers ravioli, prepared with a seasonal vegetable as filling.

“I have always made my pasta fresh and when I moved to Saratoga, I wanted to get into the food business,” Contadino says. “Nobody seemed to be offering pasta made fresh like this.”

Contadino’s parents were immigrants from the Calabria region of Italy. She was born in Stamford, Connecticut, the fourth of five daughters. Every Sunday, after church, the children, their parents and grandparents would gather around the pasta board and make noodles.

“We did it all by hand,” says Contadino. “We also grew our own food, and every summer, canned tomatoes for our sauce.”

Her business pays homage to her roots. Her pasta cutter belonged to her grandmother, and her father hand-crafted her pasta board.

The tradition of making pasta at home resonates for many around Saratoga, where about 17 percent of the population has Italian ancestry. One sign of this might be the group that gathers at the market on Wednesdays and Saturdays as Contadino cuts her pasta.

Some regulars arrive with recipes. Others send emails with special requests. And still others share stories about their own experiences. Contadino listens and enjoys it all.

The Saratoga Farmers’ Market is 3-6 p.m. Wednesdays and 9 a.m.-1 p.m. Saturdays at High Rock Park. Find us on Facebook, Twitter and Instagram, and check out the FreshFoodNY app. E-mail This email address is being protected from spambots. You need JavaScript enabled to view it. for volunteer opportunities. 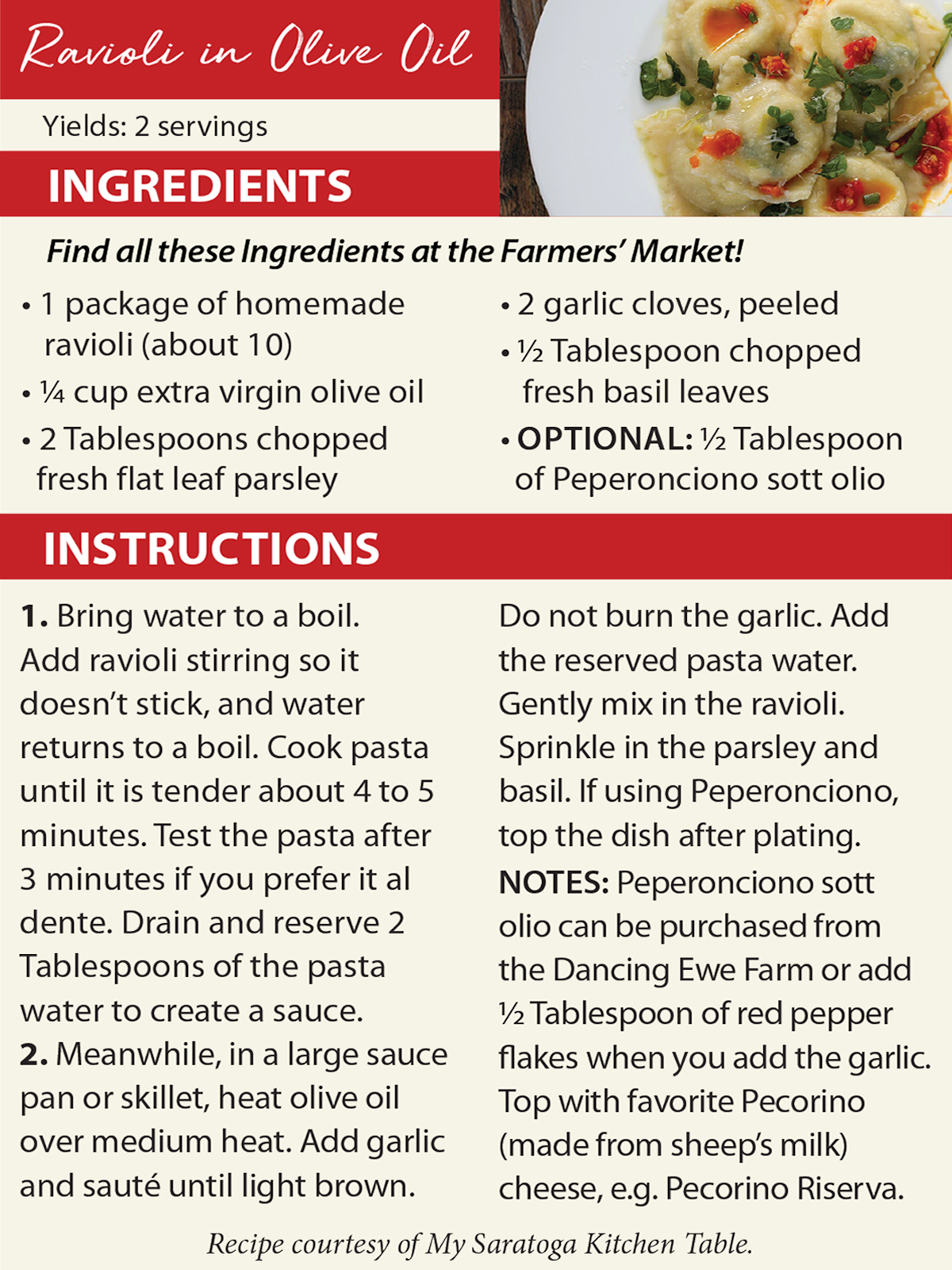 Read 842 times Last modified on Friday, 31 August 2018 11:16
Tweet
Published in Food
More in this category: « For a Light and Lovely Supper, Try Cousa Garlic and the Love of Farming »
back to top