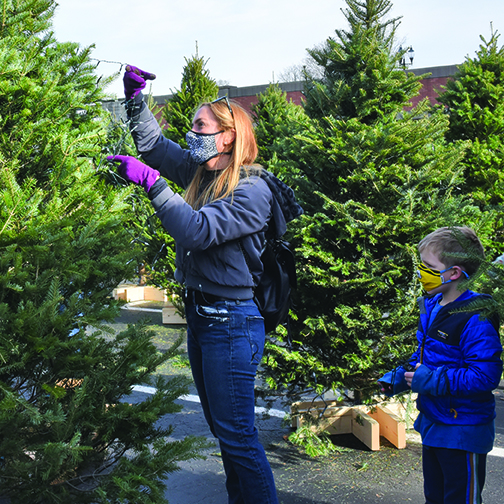 The year was 1973 and downtown Saratoga Springs was facing a crisis. Twenty-two storefronts were vacant, with almost all the 2nd and 3rd floors empty. Simultaneously construction of the Pyramid mall had begun at exit 15. The perfect recipe was brewing for a downtown disaster.

Today we face a similar challenge. Communities are locked down in a global pandemic, which includes social distancing and reduced numbers allowed in businesses. We already have empty storefronts and business owners worry more may be coming. Deja vu? Not to worry.

First let’s look at the past. It was the mid-90’s and Joe Dalton of the Chamber of Commerce, along with Bob Bristol of The Saratoga Associates, called a meeting with a dozen property owners. This informal meeting led to the creation of a dynamic ‘Plan of Action’ which would guide the city for years to come. Within weeks dozens of citizens had volunteered to work on the project.

Bill Dake of Stewart’s Shops steered it for the first six months, after which Charles Wait of Adirondack Trust Company served as its chairman. “A lot of people did a tremendous amount of work” said Bill Dake. “As people saw the positive impact taking place, more people got involved. Downtown got its own personality!”

A lot of people got involved in the ‘Plan of Action’ from attending charrettes, to planting trees, to major facade improvements, but the key issue may have been getting the City Council to remove the restriction on restaurants and bars serving outside on Broadway’s wide sidewalks.

“It gave Broadway a unique personality as people watching was the best and cheapest entertainment there was,” added Dake. Rumor has it the sidewalk activity had been curtailed years before after the Mayor’s daughter was “mooned” by an over-served patron from one of the bars. But I digress.

One of the first projects that took place was a massive clean-up…something tangible that would yield immediate results. From there an all-volunteer crew dug holes and planted 80 mature trees in the business district, the number reaching 250 within 20 years!

With visible progress taking place, property owners dug deep and funded a basic design plan. That, coupled with a new 1 percent sales tax increase and federal Community Development funds, and the ‘Plan’ was taking on a life of its own. From façade improvements to streetscapes and parking, downtown Saratoga Springs transformed itself, and within a decade 70 percent of the downtown businesses were new; vacancy was a rarity, a testament to community action!

Fast forward to November 2020. With decades of growth under its belt, downtown Saratoga Springs has been the envy of small towns across the nation…but the wheels of progress are quickly slowing. Vacant storefronts are popping up and long-time events which are part of our fabric have been cancelled.

However, led by the DBA (Downtown Business Association), scores of volunteers are once again mobilizing and have reimagined a downtown holiday celebration. “When we realized that there was no way to have Victorian Streetwalk this year, the DBA knew we had to do something to promote downtown and keep our holiday tradition alive” said DBA President, Deann Devitt. “The more we thought about it, the more we realized that we needed to make downtown a destination for the entire Holiday season and remind people how unique Saratoga is!”

At that point they approached Saratoga Springs Special Assessments District with their ideas. “They immediately agreed to partner with us and provide us with a $10,000 grant to help spread the holiday spirit throughout the City. And with that grant, a month-long celebration called Victorian Streetscapes was born!”

Next, they reached out to their friends at Discover Saratoga who were happy to collaborate on the effort. “We hope that this will give one more reason for folks to come downtown throughout the season to take in the holiday atmosphere and of course, shop local!” said Darryl Leggieri, President of Discover Saratoga. “We must continue to work together as a united community, and help our neighbors and local businesses succeed during these difficult times.”

Once the actual planning began, the amount of support from local business owners began rolling in. The Charlton School, with the help of Saratoga Land Management Corp., stepped up with a 19-ft Norway Spruce for downtown. Elms Farm donated thirty, 6-ft. trees for storefronts while Allerdice and Dehn’s Flowers worked on critical behind-the-scenes details. Also instrumental in organizing the event were Mayor Meg Kelly and Commissioner Scirocco and their teams.

Let’s not forget about Santa! Although he won’t be in his cottage this year, Santa IS Coming to Town! He will be driving through Saratoga neighborhoods visiting children on a vintage fire truck provided by King Enterprises.

Devitt finished with “The reality is, during these unprecedented times, it truly ‘takes a village’ to support our local businesses, and without question, this city, its residents and fellow business owners have been that village.”

More in this category: « Freedom of Speech vs. Freedom from Harassment Thank a Veteran »
back to top