From the Publisher's Desk... Inequity Training: Coming to a Community Near YOU… 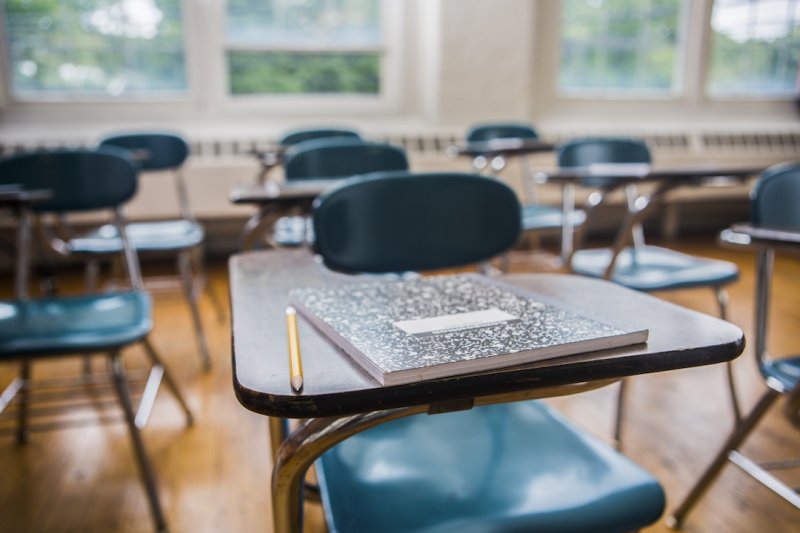 "On April 22, a Saratoga Springs High School English teacher violated school protocol by allowing local leaders of Black Lives Matter to give a lecture to his class.
This past weekend the district admitted that the teacher acted improperly."

While Americans were focused on the pandemic and economic recovery, a dangerous ‘woke’ movement quietly swept through education systems across America. Under the guise of social justice, this relatively new theory (Critical Race Theory or CRT), is an academic movement of activists who seek to critically examine issues of race and to challenge traditional liberal approaches to racial justice. This ideology goes by several names, such as anti-racism, identity politics, and intersectionality, among others.

While this philosophy may sound good on the surface, a deeper dive into its history and practice exposes disturbing realities. ‘Anti-Racism’ appears to reject the lessons of the Civil Rights Movement.  In doing so it suggests that society should judge everyone based on their inherent characteristics such as race, sex, and sexual identity rather than evaluating everyone on the content of their character. This flies in the face of Martin Luther King Jr’s dream that children “will one day live in a nation where they will be judged not by the color of their skin, but by the content of their character.”

Anti-racists are explicit about their views. They often say things like; “All white people are born racist” and “All people of color are victims.” Doesn’t that paint a beautiful picture of humanity? This is morally repugnant and completely unacceptable.

These “Woke” actors believe that concepts such as meritocracy, delayed gratification, and being on time are examples of “Whiteness,” and designed to oppress people of different ethnic backgrounds.  It positions everyone into one of two groups.  Either you are an Oppressor, defined as White, Male, Straight and sometimes Asian, or you are Oppressed, defined as a person of color (Asians excluded), female and gay.

Americans have spent enormous amounts of time, money and blood breaking free from the chains of oppression, yet many CRT proponents claim racism has not improved? They claim racism is woven into the fabric of the nation and is “in the air we breathe.” If children are taught they are either oppressors or victims, what sort of future does that hold?  I am a firm believer that people either rise, or fall, to the level of their expectations.

The good news is parents and concerned community members across the country are fighting back.

Last week two Saratoga Springs Board of Education Trustees began to ask questions about some of the language included in the district’s new Equity, Inclusivity and Diversity in Education policy. The policy guidance includes eleven items that the district and Board of Education must implement, and is built off a framework provided to the school by the New York State School Board Association and the Board of Regents.

Included in the eleven-point plan is a call to “Model Anti-Racist Language and Action.”

What exactly does it mean to “Model Anti-Racist language and action?” Interestingly, when two Trustees began asking questions of fellow board members, no two members answered the question in the same way.

Language is very powerful, and words matter. I want to know exactly what is meant by “Model Anti-Racist Language and Action.” This is like building a nuclear weapons lab, but some people are using the metric system, some are using the imperial system, and some think they are building a coffee shop.

Discrimination, defined by Anti-Racists, is any unequal outcome between groups.

So if a law firm is full of Asians and whites, and not blacks, that’s “racism” even if everybody was hired based solely on their qualifications and not their race.

Fundamentally the modern Anti-Racist movement is not against discrimination, it’s against inequity, which in many cases makes it pro-discrimination!

As Mr. Kendi puts it, “When I see racial disparities, I see racism.”

Let’s take a look at the actual practice of ‘anti-racism;’ in education:

Parents for Defending Education, a non-for-profit organization, has documented more than 200 instances of inappropriate curricula and lessons taught to students as young as five years old. Examples:

Defenders of Anti-Racism in education will claim that these examples aren’t being “properly contextualized.”  But I ask them, in what context is it acceptable to demand students apologize for the color of their skin or to teach them that “all white people are born racist,” or “all people of color are victims?”

Kudos to the two board members who had the courage to ask pertinent questions about this vaguely written policy. It’s certainly not easy for anyone these days to stand up and ask a simple question to the ‘woke’ mob. Doing so can get a person harassed, cancelled, and shunned from polite society.

Interestingly, nowhere in the model guidance from the Board of Regents or the NYSSBA is the phrase, “Model Anti-Racist Action and Language.”  Why exactly is Saratoga Springs attempting to add it to the district policy?

The examples provided above may give Saratogians a glimpse into what the future of education may look like in the Saratoga Springs School District. Hopefulely they will give the Board of Education reason to pause, and carefully evaluate the policy language being debated this month.

I, along with Saratoga residents, overwhelming support more diversity and inclusion in the school system.  However, reasonable people should be able to agree that the school district must erect appropriate safeguards to prevent the most extreme examples of Anti-Racist Action in education, especially those that promote discrimination, from becoming a reality in Saratoga Springs. Now is our opportunity to make a difference on this topic…

Mark Your Calendars: On Tuesday, May 18, residents will be asked to vote for their new school board members. I urge you all to take this ‘right’ seriously. Do your own research and understand the values and beliefs of the candidates. For those who are interested, I endorse the following candidates for Saratoga Springs: Amanda Ellithorpe, Connie Woytowich & Christina Kraszewski.

Read 1732 times
More in this category: « Thank a Veteran
back to top