Veteran's Day... Honoring Those Who Serve 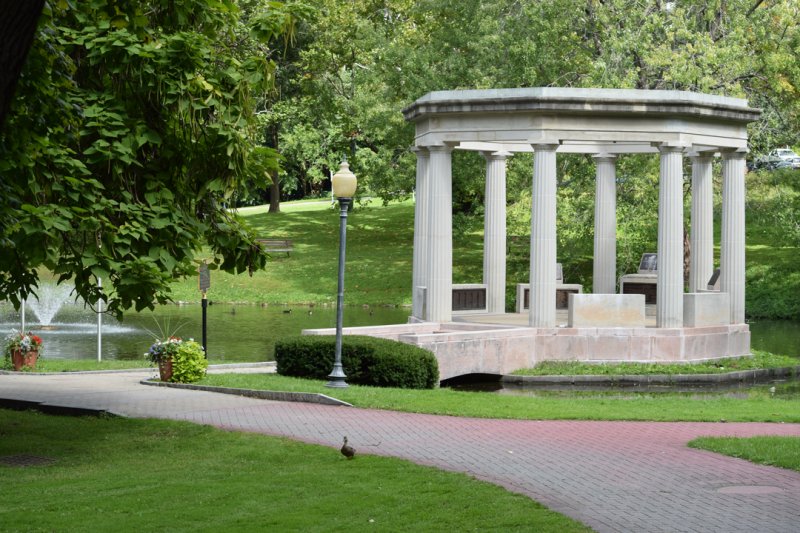 The War to End All Wars

Veterans Day can be traced back to battlefields of the First World War. The conflict began in the summer of 1914. In June of that year Archduke Ferdinand, the heir to the Austro-Hungarian throne, was assassinated in Sarajevo, the capital of Serbia. The event sent shockwaves throughout Europe. Austria Hungary declared war on Serbia. A complicated series of alliances fell into place that brought the entire continent towards the brink of war. The great armies of Europe mobilized for combat. Great Britain, France and Russia were allied against Germany, Austria-Hungary and The Turkish Empire. As Great Britain’s Foreign Minister Edward Grey prophesied, “The lamps are going out all over Europe and we shall not see them lit again in our lifetime.”

The plan of the German General Staff was to strike at France in a quick, decisive campaign. At the same time they would crush Russian forces on their eastern border. The goals never materialized. The Russians, though severely beaten by the Germans at Tannenburg, were able to regroup and stay in the war through 1917. On the Western Front the French and British armies stopped the Hun on the Marne, just ten miles short of their objective, Paris. The German armies were forced into a retreat. They dug in forty miles from the French Capitol. For the next three years the armies would be bogged down in a war of attrition. Battles were fought with a catastrophic loss of life with little or no gains. The French army suffered close to four hundred thousand casualties defending the fortress city of Verdun. The Germans counted their losses at three hundred fifty thousand. The war was bleeding both sides dry.

The Yanks Are Coming

America from the outset of the war took the position of neutrality. There was no stomach here for entering the conflict. It was considered a European affair by President Woodrow Wilson, and much of our citizenry agreed with him. Unforeseen events were about to bring America into the fray.

The British ocean liner Lusitania was sunk by a German submarine in 1915. More than one hundred Americans lost their lives in the disaster. Among them was Alfred G Vanderbilt, a scion of one this country’s most prominent families of that era. Americans were outraged. As the war progressed Germany unleashed all out submarine warfare on American ships delivering supplies to Great Britain. By early 1917 Wilson had seen enough. He asked Congress to declare war on Germany. The stalemate on the Western Front was about to end.

The military mobilized our Armed Forces with lightning speed. General John “Black Jack” Pershing was given the assignment of commanding the American Expeditionary Forces, better known as the AEF. Within a years time more than one and a half million American soldiers were transported to France and readied for action. They covered themselves with glory in long forgotten battles such as the Meuse- Argonne, Belleau Wood, and Saint- Mihiel. The AEF victories turned the tide in favor of the Allies.

The German army was on it’s heels. By the fall of 1918 the war was nearing its end. Germany sued for peace. The armistice was signed in a railway carriage about an hours drive from Paris, near the town of Compiegne. The war came to a close at the eleventh hour of the eleventh day of the eleventh month of 1918. That date would eventually evolve into Veterans Day here in the states.

Armistice Day became a worldwide day of remembrance on the first anniversary of the event. In 1926 Congress recognized it as a day of observance. Twelve years later in 1938 it was designated as a national holiday by President Franklin Roosevelt.

In 1941 America would again find itself in a worldwide conflict. Our involvement in the Second World War would dwarf the effort of the first. Over sixteen million men and women served in the Armed Forces during the hostilities. Their efforts were decisive in ending the tyranny of the Third Reich and the Empire of Japan.

The war was over in 1945. America soon was faced with another conflict. The Korean War began in 1950. Nearly two million of our military personnel were sent to Korea. Our combat forces braved brutal conditions in repelling the North Korean and Chinese invasion of South Korea. A peace agreement was reached in 1953.

In 1954 President Dwight Eisenhower made the decision to change the name of Armistice Day to Veterans Day. America had fought in two major conflicts since the First World War. He thought and rightfully so, that it was time to honor all veterans. Since then our military has fought adversaries all over the globe. From the jungles of Vietnam, to the deserts of Iraq, and the mountains of Afghanistan, American soldiers have performed with courage and valor when called to duty.

Thursday will mark the 103rd anniversary of the armistice that ended World War One. November eleventh has become America’s day to honor all those who have served in the military, past and present. To those who serve. We salute you!

In 1931 a War Memorial was established in Congress Park. The octagonal shaped pavilion contains bronze tablets inscribed with the names of Saratoga Springs residents who served in World War One. It is surrounded by a small pond that adds to the tranquil setting. The memorial is accessible from a walkway that contains bricks with the names of area veterans of later conflicts. It is the perfect spot for a Veterans Day stroll.

Read 570 times
More in this category: « From the Publisher's Desk: Thank You For Your Sacrifice Breeder's Cup World Championship: Saratoga Runners Lead to Two-Day Event Friday, Nov. 5 and Saturday, Nov. 6 »
back to top