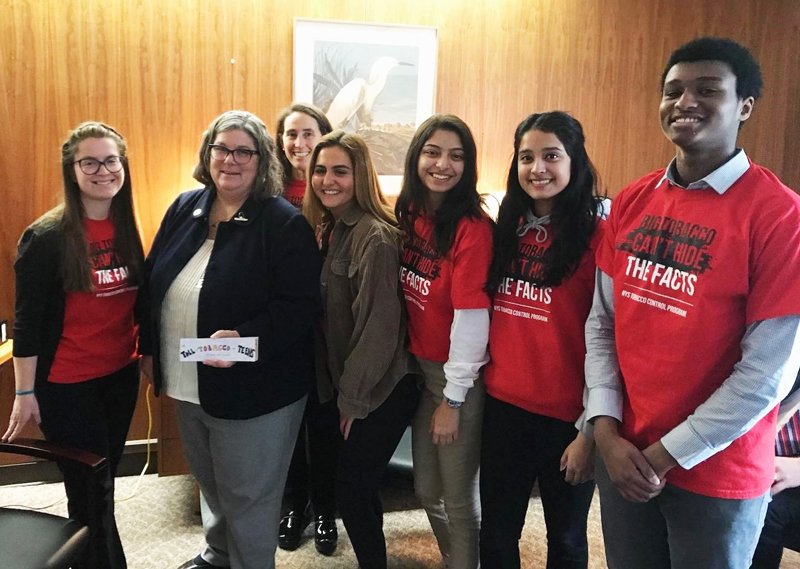 GLENS FALLS — The sale of flavored e-cigarettes statewide and all tobacco sales at pharmacies ended May 18.

Governor Andrew Cuomo wanted to combat the use of tobacco and nicotine products, so he enacted a Comprehensive Tobacco Control Policy as part of the state’s fiscal year 2021 budget. Cuomo signed the budget on April 3 of this year.

The policy prohibits the sale or distribution of e-cigarettes or vapor products that have a flavor, unless approved as part of an FDA pre-market approval. The policy also restricts the public display of tobacco and vapor products near schools.

The NYS Tobacco Control Program includes a network of statewide grantees, including Adirondack Health Institute (AHI), who works on Advancing Tobacco-Free Communities. Kelly Owens is the program manager of Clear the Air in the Southern Adirondacks and oversees AHI’s Advancing Tobacco-Free Communities. Owens and staff have worked to educate local communities about the need to protect children from tobacco marketing in places where kids can see it. She feels the law will help protect youth.

“Selling tobacco products in pharmacies has been sending a contradictory message…” Owens said.

The mixed messages to clients by offering tobacco alongside products for illness either caused or worsened by smoking.

“We also know that flavors and e-cigarettes attract younger kids which causes them to become addicted. The law will really help protect kids from a lifetime of nicotine addiction.”

“We are really happy that NYS was compelled to take action on this law and I really feel that without the flavor to attract youth, I think we will see the rate of e-cigarette use drop,” Owens said.

“This is a great step forward for New Yorkers’ health, including those who live in the Adirondack region where tobacco use prevalence is higher than most other areas in the state,” said Eric Burton, Chief Executive Officer, AHI in a release. “This legislation will have a major impact on helping individuals live free from nicotine addiction.” AHI administers the Clear the Air in the Southern Adirondacks initiative, which includes the Advancing Tobacco-Free Communities/Reality Check program.

For those who do wish to stop smoking there are different methods and options available.

“Those who are addicted to nicotine through vaping or cigarettes or smoking, there is more support than ever,” Owens said.  “Folks can reach out to their healthcare provider, or they can call the quit-line and visit the website. “There is really a lot of support out there for people who really want to take that next step and quit.”

The New York State Smokers’ Quitline is 1-866-NY-QUITS and the website is nysmokefree.com.

AHI is an independent not-for-profit organization licensed under the New York State Public Health Law as an Article 28 Central Services Facility. Since 1987, the organization has supported hospitals, physician practices, behavioral health providers, community-based organizations and others in the region in sharing our vision and mission of transforming health care and improving population health.