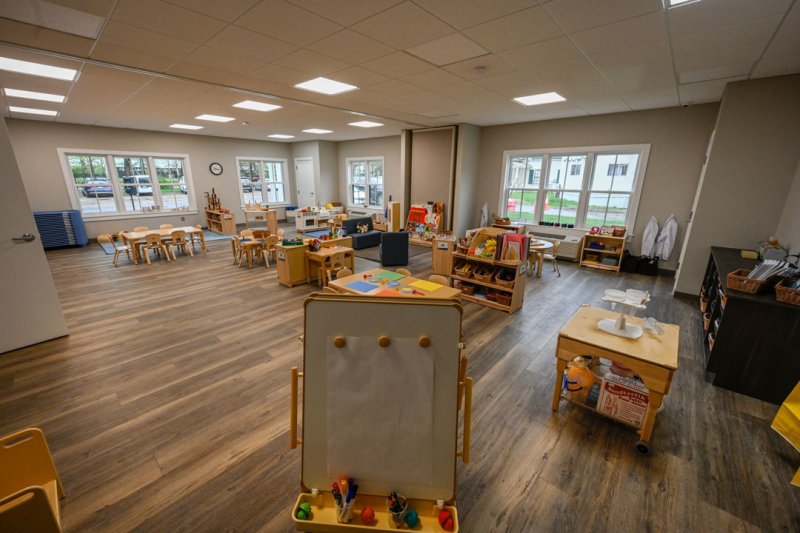 SARATOGA SPRINGS — Faith’s House, the new childcare center at Saratoga Race Course, is set to begin serving families and children of the backstretch community in summer 2021.

Located on the Oklahoma side of the Saratoga backstretch, the 4,300-square-foot facility will provide childcare and early education programs for infants, toddlers and preschool-aged children. The center will be open seven days a week from 5 a.m. to 5 p.m. to accommodate the schedules of backstretch workers and horsemen.

The building was funded by Michael and Lee Dubb and is named in honor of Faith Dubb, the late mother of The Belmont Child Care Association, Inc. (BCCA) founder and board chairman Michael Dubb.

Faith’s House will feature dedicated rooms to serve infants, toddlers and preschool aged children. Upon entering the new childcare center, visitors are greeted by an oversized black and white mural of a thoroughbred racehorse.

The facility is designed to accommodate up to 35 children and includes numerous cribs for newborn infants. Two rooms within Faith’s House are dedicated to serving preschool aged children with an array of educational resources, including books, dictionaries and writing and drawing materials. A fenced-in play area is located outside the rear of the building with eco-friendly, rubber tiles and flooring to provide a safe and forgiving playground surface.

The Saratoga facility will complement BCCA’s sister childcare center Anna House, which serves families of the Belmont Park backstretch. More than 1,000 students have participated in Anna House’s programs since its opening in 2003.

The annual summer meet at Saratoga Race Course brings approximately 950 backstretch workers and their families to the Spa.

More in this category: « Come See Saratoga Independent School During Their May Tour Days Saratoga Springs City School District Budget Vote and Board of Election Results »
back to top