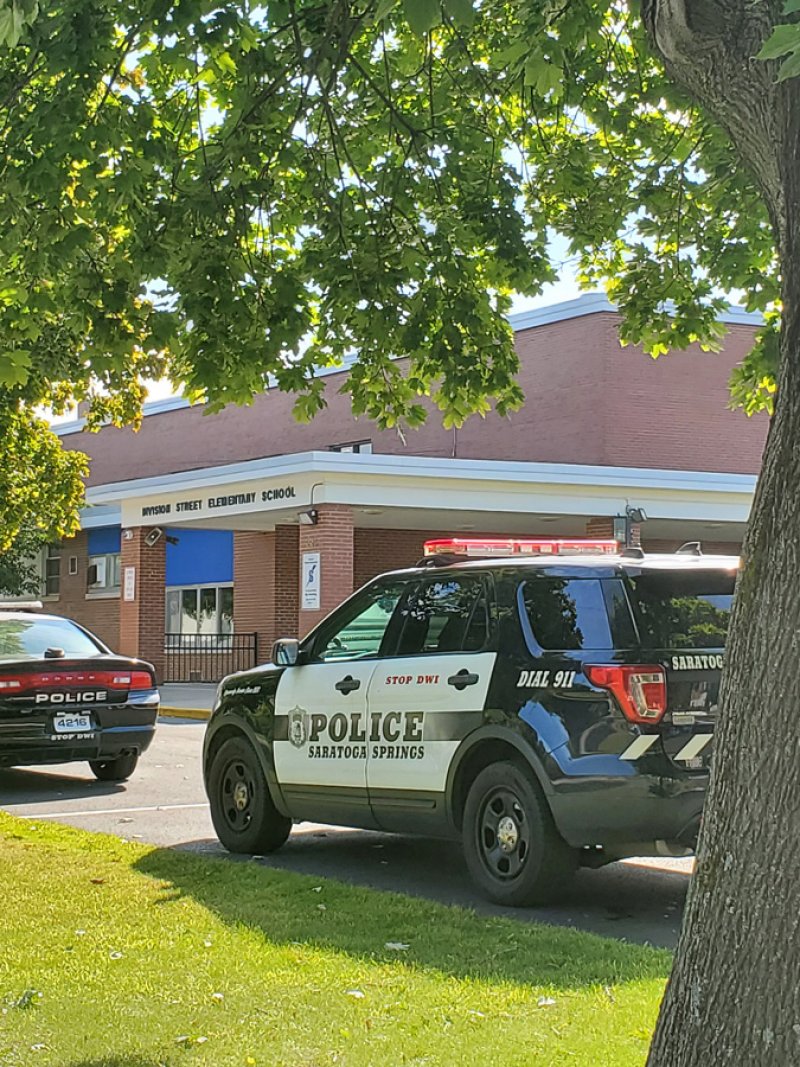 SARATOGA SPRINGS — In an unprecedented move by the city, Public Safety Commissioner James Montagnino employed city police to “walkthrough” local elementary schools unannounced. This came as a shock for some concerned parents because these acts were not acknowledged publicly, nor was there a formal agreement between the police force and the city school district. Montagnino said the idea came to him after parents reached out following the tragedy in Uvalde, Texas – but many at the last school board meeting held on Tuesday, September 13, were in opposition to these walkthroughs, especially without a formal admission from the district or police force.

For context, the New York Schools Insurance Reciprocal, or NYSIR is the leading insurance provider for public schools in New York state. This October, NYSIR will be conducting an audit for the Saratoga Springs School District on their safety plan(s). Unfortunately, in this day and age, that means protection from active gunmen via the acquisition of school resource officers (SROs) – police trained for the school environment. In a past audit, it was recommended that the Saratoga Springs School District add an SRO for its middle school, which the district obliged. Currently, two school resource officers are employed by the district full-time. One officer at the high school and another at Maple Avenue Middle School, while splitting some time at schools like Greenfield Elementary. Recently, the debate has ramped up at school board meetings as to whether full-time SROs are necessary for Saratoga’s elementary schools. And district parents seem to be split on this, and the budgetary costs to hire four more fulltime SROs is another factor that can’t be ignored as they are salaried at $75,000 per year.

Take for instance, a concerned mother of two and career Special Victims Prosecutor Deidre Chuckrow. Chuckrow approached the school board last week and said, “I know what the research says, and the research says that adding SROs are not making our kids safer. The research says that the chance of a child dying in an elementary school is 1 in 10,000,000.” Chuckrow continued, “It is your job as members of this board to do the research and spend the money where our kids need that money to be spent [for Chuckrow, that means more social outreach, social programs and school psychologists]”

Other parents, like Mechanicville teacher and mother of two SSCSD students Julie Marshall told the board, “As a teacher to someone else’s children huddled in a corner, [during lockdown drills at Mechanicville] I really like an ounce of prevention.” Even if it’s just a “ounce,” many parents agreed SROs are worth it because the provide a “line of defense” if the unthinkable were to happen.

This coincides with Commissioner Montagino’s stance, he was quoted saying, “we will provide SROs on request, even if the school district doesn’t have them in the current budget. If the board were to say, ‘We want them, we just don’t have the money for them,’ I’d say, ‘You’ll see them tomorrow morning.’” Importantly, though, police interaction with students in schools that don’t have a formal agreement with the district is seemingly a gray area. Say for instance, a physical altercation breaks out and an officer intervenes, or a student is in need of disciplinary action and a police officer is nearby – something that was also brought up by parents at the contentious school board meeting. This story is ongoing and will be further discussed as NYSIR makes their recommendations to the district. For future meetings dates and agendas, visit: www.saratogaschools.org/boe/board-of-education-meetings.