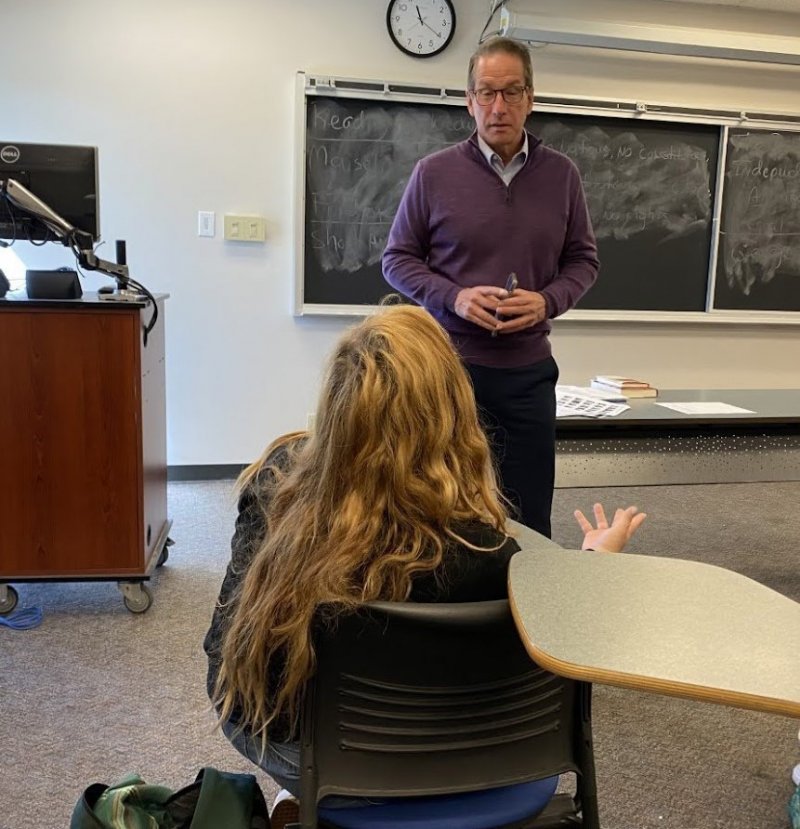 Grimm takes a question from a student. Photo provided.

Ronald P. Seyb is a Professor in Government at Skidmore College in Saratoga Springs, New York. He received his B.A. in 1982 from the University of California, Irvine and his Ph.D. in 1988 from Yale University. He teaches courses on the American presidency, the United States Congress, political psychology, and the media and politics.