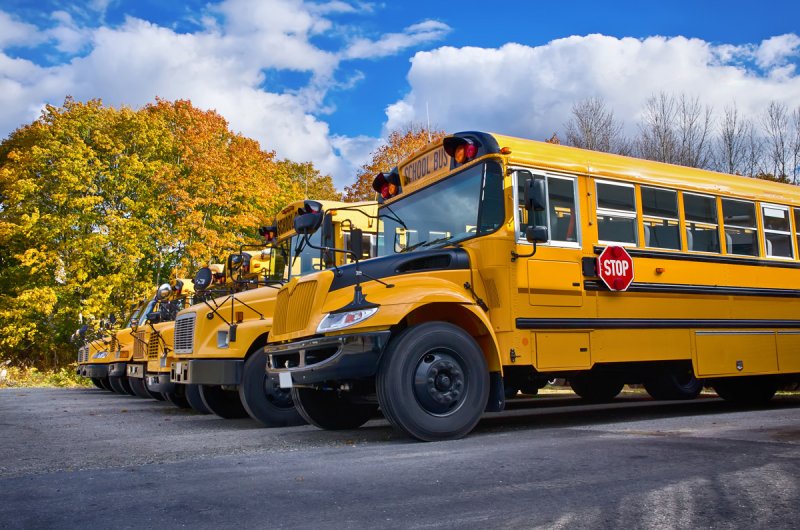 SARATOGA — As the world slowly recovers from the pangs of the COVID-19 pandemic, many employment issues still loom large. Perhaps none have been more glaring for parents this fall than the area’s ongoing bus driver shortage. In school districts throughout the region, many bus routes have been cancelled or delayed, oftentimes with little notice to parents. For those that work fulltime, this means taking time off work to drop off a child or working from home so the child can receive remote instruction from their teachers – for lower income parents that rely on public transit, it means their kids can’t attend school. In fact, the regular driver shortages at Ballston Spa City School District have forced teachers to devote two hours after school for remote “tutoring” sessions devoted to children that had their bus route fall through for the day and were forced to stay home. “While we normally have enough on any given day, it’s the unexpected absences from bus drivers that make for gaps we can’t fill,” said Ballston Spa City School District spokesman Stuart Williams.

Although the driver shortage has been ongoing for the last two years, it only seems to be growing – even though COVID concerns in schools seem to be weening. About 88% of schools nationwide are dealing with these shortages, that is, according to a survey from HopSkipDrive, a school ride-service company. Reasons cited by districts across the nation for the shortage include: losing drivers to private industry (31.3%), COVID-19 concerns (32.8%), drivers retiring (37.3%), driver pay (40.3%) and issues recruiting new bus drivers (67.2%). Locally, this has forced the hand of many districts to increase driver pay and provide a more flexible work schedule.  In Ballston Spa, for example, a full-time driver has a starting pay of $22.88 an hour, along with insurance benefits and a paid training period. Importantly though, even if the district can gather interested employees, the training period for drivers can last up to 10 weeks, so an immediate solution seems out of reach, at least for now.

In a recent statement, Saratoga’s Superintendent Michael Patton said, “Because we are very thin, all the folks that are working in the offices in transportation, whether it be routing specialists or dispatchers or mechanics, [but are cross-trained] they’re all driving a bus, so these are long days for these folks.”

“What ends up ultimately happening is my men in the garage, here, end up filling in that void, and if they’re filling in the void out there, they’re not doing what they absolutely need to do here,” said Saratoga Bus Fleet Manager Chuck Tanzer. According to Tanzer, he has “never seen a shortage this severe.”

To get the word out and attract potential hires, the Ballston Spa Central School District is hosting a “Come Drive a Bus Day,” on Saturday, October 1 from 10am to 2pm. The event will be held at the school’s transportation facility located at 1458 Saratoga Road, Ballston Spa. For more information on the event, call 518-884-7140.