Sustainable Saratoga’s Team Up to Clean Up: Over 100 Volunteers, Appx 200 Bags of Litter Picked Up 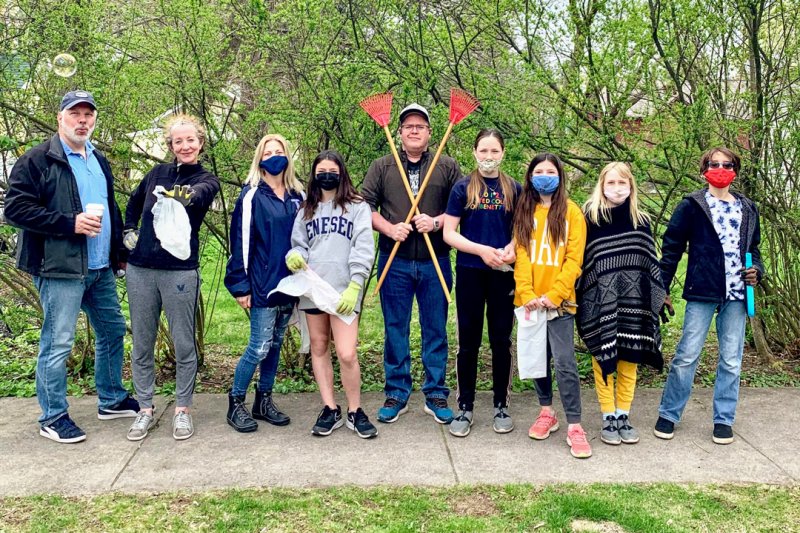 Kids, families and seniors participated on both days of the event, removing litter as small as cigarette butts and larger items like tires. Photos provided.

SARATOGA SPRINGS —Over 100 volunteers teamed up for Sustainable Saratoga’s first ever Team Up to Clean Up community litter pick-up event on April 24-25. An estimated 200 bags filled with trash were removed from neighborhoods, roadsides, parks, ravines and commercial areas.  Several large teams participated in the event, including the Saratoga Lions Club, Ballston Spa Mentoring and the Saratoga Interlaken Garden Club. There was even an international team that joined the effort from Dhaka, Bangladesh.

“The enthusiasm for this first clean up event has been overwhelming,” explained Sustainable Saratoga’s Executive Director, Wendy Mahaney. “Our local communities, including teams from Saratoga Springs, Ballston Spa, Wilton and Greenfield, have a strong sense of stewardship and pride towards the environment. This event gave people an opportunity to take meaningful action to help keep litter, specifically microplastics, out of our waterways, soil, air and wildlife.”

Among the items collected during the event were tires, plastic bottles, aluminum cans, plastic utensils and cigarette butts.