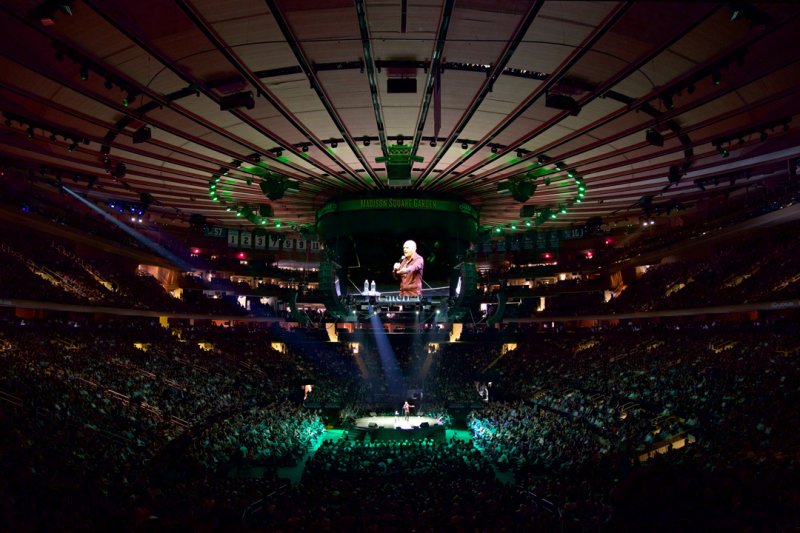 Bill Burr, captured onstage at “the world’s most famous arena,” will bring his show to SPAC next summer. Photo by David Bergman.

Burr achieving success in TV and film as well as on stage, recently seen in a guest role on the hit FX on Hulu series, Reservation Dogs. He has released a live, vinyl, double album, “Bill Burr Live From Madison Square Garden,” and later this year will see his animated Netflix series, “F Is For Family,” premiere its fifth and final season - starring Bill, Laura Dern, Justin Long and Sam Rockwell in the cast.