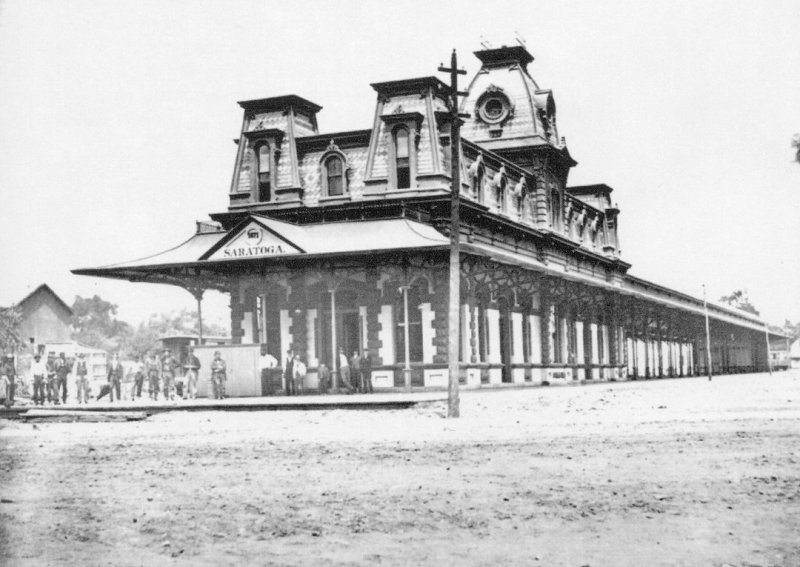 SARATOGA SPRINGS — The Saratoga Springs Preservation Foundation presents “Saratoga Springs Train Stations: Architecture and Impact” with author Richard Chait, at 7 p.m. on Tuesday, Jan. 25. The virtual program will take place on Zoom and Facebook for a suggested donation of $10 or more.

“I am very pleased to be speaking about one of my favorite subjects, train stations, especially those in and around Saratoga Springs. Like their architecture, train stations have such an interesting and rich history,” Chait said, in a statement.

Through the years there have been many railroads that have served Saratoga Springs and the surrounding area. These have included the following lines: Rensselaer & Saratoga Railroad; Thomas C. Durant’s Adirondack Company Railway; the Fitchburg Branch of the B&M Railroad; Saratoga, Mount McGregor and Lake George Railroad; Hudson Valley Railway Company; and the D&H Railway with its main line and Adirondack Branch.

Throughout the 1800s and into the 1900s, Saratoga Springs was a premiere travel destination, and the D&H Railway Station would be a hub of activity welcoming tourists, business people, and college students. “Much of the train station architecture in Saratoga Springs has been lost over time so it is exciting to host this virtual program that not only highlights the buildings but also the long-term impact they have had on our community,” said Nicole Babie, Membership & Programs Director.

One station that remains is located at 117 Grand Ave. It was originally the Adirondack Company Railway office and station and later became part of the D&H Railway’s Adirondack branch. The Foundation preserved the building and used it as its office for many years.

For additional information or to register for the virtual program, visit www.saratogapreservation.org or call 518-587-5030. Everyone who pre-registers for this program will be emailed a Zoom link in advance and will receive a link to the recording.