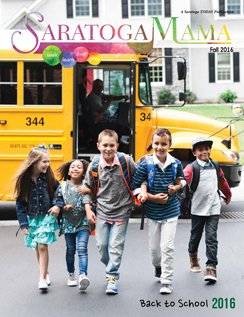 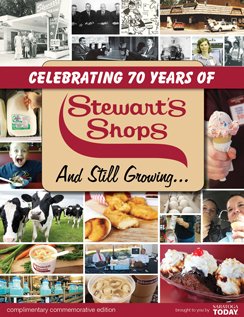 Ham Radio to the Rescue

STILLWATER — Saratoga County ham radio operators will join with thousands of Amateur Radio operators June 25 through 26 to fine-tune their emergency capabilities. Using only emergency power supplies, ham operators will construct emergency radio stations in parks, shopping malls, schools and backyards around the country. Locally, this year’s event takes place at the Saratoga National Historical Park in Stillwater. Beginning at 2 p.m. Saturday and continuing through the night until 2 p.m. Sunday, the public will have a chance to meet and talk with Saratoga County ham radio operators and see for themselves what the Amateur Radio Service is all about. At the same time, they can get a first-hand look at the site of the first American victory of the Revolutionary War in 1777. This annual event, called “Field Day” is sponsored by the American Radio Relay League (ARRL), the national association for Amateur Radio. To commemorate the 100th anniversary of both the National Park Service and the ARRL, the groups have established a year-long collaboration to encourage operation of ham radio stations within more than 400 national parks and sites throughout the US. The slogan, “When All Else Fails, Ham Radio Works” is more than just words to these ham operators, as they send messages using the newest digital and satellite capabilities, voice communications and even historical Morse code. It is all done without the use of phone systems, Internet or any other infrastructure that can be compromised in a crisis. Field Day is a picnic, a campout, practice for emergencies, an informal contest and, most of all, fun. “Hams can literally throw a wire in a tree for an antenna, connect it to a battery-powered transmitter and communicate halfway around the world,” said ARRL’s Sean Kutzko. “In today’s electronic-focused world, ham radio remains one of the best ways for people to learn about electronics, physics, meteorology, and numerous other scientific disciplines, and is a huge asset to any community during disasters if the standard communication infrastructure goes down.” Local ham volunteers provide both emergency communications for state and local agencies and non-emergency community services too, all for free. Visitors will see ham radio’s new capabilities and can learn how to get their own FCC radio license and get on the air. For more information, email This email address is being protected from spambots. You need JavaScript enabled to view it. or visit: www.arrl.org/what-is-ham-radio.
Published in News
Tagged under
Be the first to comment!
Read more...
Friday, 24 June 2016 12:22

SARATOGA SPRINGS — Gordon W. Frye Sr., “Jim,” passed away peacefully at The Wesley Community in Saratoga Springs on June 11, 2016 with his loving family by his side. He was born October 25,1934 in Broadalbin, the son of the late Lester and Ruby Frye Petit He married the love of his life, his honey, Barbara St. Clair on March 11, 1971. He truly had a beautiful soul with a kind word and giving heart. Jim was a lifelong area resident who resided in South Glens Falls for the last 45 years. He worked in the transportation industry for many years prior to his retirement. Jim was a longtime Official at Albany/Saratoga Speedway, Devils Bowl Speedway and Fonda Speedway over his 50+ years’ involvement in stock car racing. He was inducted into the New York State Stock Car Association Hall of Fame along with his wife Barbara in 2005. Jim enjoyed all auto racing, playing pinochle and spending time with family and friends. He is survived by his loving wife, Barbara, four sons; Gordon Jr (Jennifer), Gerald (Susan), James (Rose), Robby, stepson; Glenn Winney, ten grandchildren, five great-grandchildren, sister; Elsie Hayes, brother; Jake Frye, and several nieces and nephews. He was preceded in death by his parents, two brothers; Donald and Lawrence and four sisters; Genevieve, Evelyn, Caroline and Ruth. At the request of the family, a private service will be held for Jim at a later date. In lieu of flowers, donations in honor of Jim Frye can be made to The New York State Stock Car Association Injured Members Benefit Fund, 10 Matthew Dr. Castleton NY 12033. Arrangements are under the direction of Compassionate Funeral Care, Inc, 402 Maple Ave., Saratoga Springs, NY 12866. If you wish to express your online condolences or view the Obituary, please visit our website at www.compassionatefuneralcare.com
Published in Obituaries
Tagged under
Be the first to comment!
Read more...
Friday, 24 June 2016 12:11

SARATOGA SPRINGS — Betty Ruth Arnold Steele 92, of Wilton died at home on Saturday evening, June 18, surrounded peacefully by her loving daughter Cindy, husband Bruce, sister Agnes, and her adored care givers Amy Breault and Delora Wooding. Betty was born August 25, 1923 in Saratoga Springs. She attended Saratoga Springs High School and worked for Van Raalte Textile Mill for several years. She married her love of her life, Bruce Steele, September 10, 1950. After having her daughter Cindy, she became a homemaker. For many years she enjoyed taking family vacations all over the states and long country rides with her husband Bruce. She enjoyed reading, participating in the Katrina Trask Garden Club with her beloved best friend Jane Klein, shopping, cooking and baking. She made all holidays very special for everyone. One of her favorite things to do would be to visit with her furry grandchildren Bri, Bella and Bodie. Most of all she will be remembered for her beautiful smile and her smart mouth! Betty is survived by her husband Bruce, her daughter Cindy and adored son-in-law Joe Mirra (as Betty would say, ‘My Boyfriend’), and her sister Agnes Guild. She also leaves behind her loving caregivers Amy, Delora and Beth. Betty was predeceased by her parents Sara and John Arnold and her loving sister Kathleen. A celebration of life service was held in honor of Betty on Wednesday, June 22, 2016, at Compassionate Funeral Care, 402 Maple Ave. in Saratoga Springs. Following the service, friends and relatives were invited to join the family for further fellowship at the home of Betty Steele. In lieu of flowers, Betty’s family asks that donations in her honor be made to SPCA of Upstate NY, 588 Queensbury Ave, Queensbury, NY 12804.
Published in Obituaries
Tagged under
Be the first to comment!
Read more...
Friday, 24 June 2016 10:38 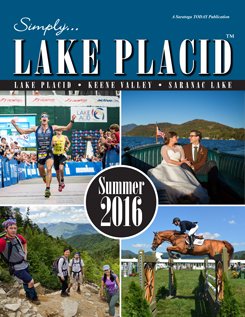 A SPAC-tacular History! First of a Series Celebrating SPAC50

SARATOGA SPRINGS — It was a completely different time. The early 1960s - prior to the summer of love, prior to the turmoil the country would experience due to the Vietnam War. It was a time that saw the construction of great public sector projects – sometimes in conjunction with the private sector, but clearly led by our elected officials. In 1960s New York State, the Governor was Nelson Rockefeller. A Republican – surprising, perhaps in that these were nothing like today’s Republicans – or today’s Democrats for that matter. Rockefeller, and the leaders of his day, used great public projects as the cornerstone of their economic programs. Whether you agree with his agenda or not in retrospect, Gov. Rockefeller’s economic model for upstate involved giving nearly town a public sector anchor – usually a branch of SUNY or, in some cases, a prison. But for Saratoga, he had something else in mind – a jewel. An artistic wonder that was to become what we fondly call SPAC. Perhaps his wife –Margaretta – known popularly as “Happy” spurred this on. “Happy” would later serve as Chair of the Board for the Saratoga Performing Arts Center in 1971, and was named Honorary Chair of SPAC’s 50th Anniversary, before her passing on May 19, 2015. But regardless, this wasn’t going to be an easy case of Nelson spending money just to please his wife. Ask someone who was there. “‘Rocky’ wasn’t going to move on this without seeing evidence of a strong civic commitment from the local community,” said William P. “Bill” Dake. The Dake family, as well as others with names like Lewis Swyer, Richard Leach and Marylou Whitney, among others, provided the cornerstone local foundations for the performing arts mecca to come– and one which has stood the test of time – as evidenced in 2015 being named the Best Outdoor Music Venue in the United States by a USA Today Reader’s Poll. Brick and mortar and steel are one thing, but the civic commitment that made SPAC what it is goes way beyond that. “From a programming standpoint.” Bill Dake recalled, “we recognized that we were coming into an age where live entertainment was being severely challenged by new forms of electronic entertainment.” In the 1960s, this would be primarily television, yet this is even truer today –with live performance being challenged by a myriad of digital entertainment delivery options. “Our response was to offer ‘the best of breed’ in every category,” Bill Dake said. “This not only included a spectacular setting, but also world class resident companies – New York City Ballet and Philadelphia Orchestra – and also the best of everything in opera, theatre and every other performance genre.” That commitment to excellence later extended further – to Jazz, Rock, and even multi-media performances. Whatever the state-of-the-art was at the time, SPAC embraced it. Because of that philosophical cornerstone, SPAC not only survived – it thrived. “What SPAC offered then, and continues to today,” Bill Dake concluded, “is more than a lovely setting, more than a performance – it’s a superior experience.” Some things don’t change – even after 50 years. When you attend SPAC this summer, take a moment to celebrate that the cornerstones, laid over five decades ago, are as strong as ever. Coming June 24: “All that Jazz,” the “Greatest Musical Day of My Life! And other surprises.

SARATOGA SPRINGS — Audrey Toolan passed away peacefully, surrounded by her family, on Sunday, June 12, 2016 at the Wesley Nursing Home. She was 84 years old and was a wonderful mother to Mary (Rob) Rasefske of Broadalbin, NY, Beth of Salem, MA and Michael (Debbie) of Bend, OR. She is also survived by five grandchildren, Adam, Caitlin and Kelsey Rasefske, and Michael’s two children, Abigail and Alexander. Born in Newark, NJ, Audrey spent her early years in Catskill, NY. After high school graduation, she entered the Nursing program at the old Albany Medical College and graduated with a BS in Nursing in 1953. Not wanting to “settle down” right away, she and her dear friend of over 50 years, Ruth Brislin, went to England and worked as staff nurses at the local hospital in Nottingham for about a year. Upon returning to the US, she worked at several hospitals in New York City. In November 1962, she married Edmund (Ted) Toolan. They spent 54 happy years in Galway, NY before moving to Saratoga Springs about 5 years ago. While living in Galway, she was very active in the community and was a Charter Member of the Galway Ambulance Corps. In 1975, Audrey was awarded a Life Membership in the Galway PTA for her outstanding contributions to the youth of the community. She was an adult Girl Scout for 12 years and had been active in scouting in Galway at all levels. She was also named the outstanding volunteer in 1978 by the Mohawk Girl Scout Council, had served as chairman of the Galway Book Fair for five years and was a former PTSA president. In later life Audrey and Ted made several trips to Ireland where both their families were from. They equally enjoyed their summer home in Phippsburg, ME for over twenty years. Several times over the years she commented that she came from New York City of 6 million people to the Town of Galway with six hundred. A memorial service will be held later this summer at the convenience of the family. Arrangements are under the direction of the William J. Burke and Sons/Bussing and Cunniff Funeral Homes of 628 North Broadway, Saratoga Springs. Online remembrances may be made at www.burkefuneralhome.com.
Published in Obituaries
Tagged under
Be the first to comment!
Read more...
Friday, 10 June 2016 09:04 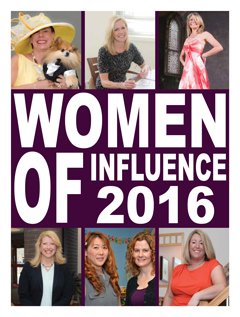 Published in Women of Influence
Tagged under
Be the first to comment!
Read more...
Page 5 of 13