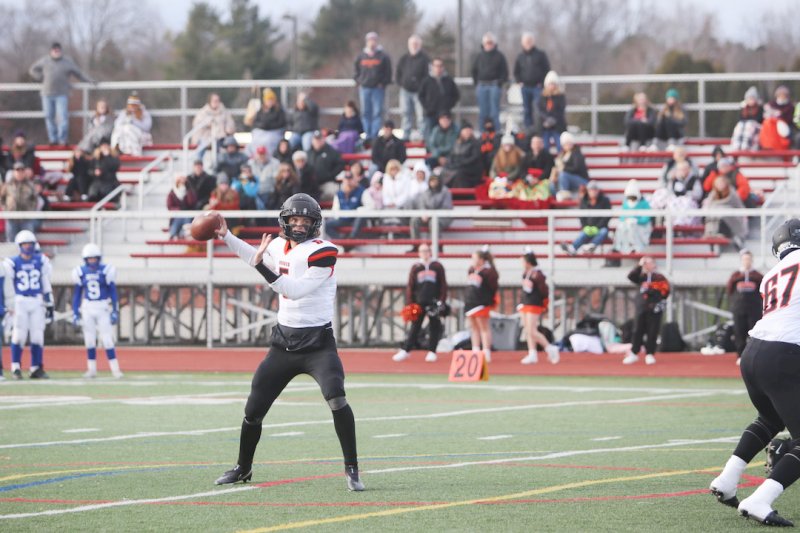 SCHUYLERVILLE — Owen Sherman, senior quarterback for the Schuylerville Varsity Football Team has led the Black Horses to two state championship appearances and will now join the RPI football program in the fall.

Sherman, a 3-sport athlete at Schuylerville High School has committed to the DIII Liberty League College to play football in the ECAV Stadium, starting with RPI football’s camp this summer.

The Black Horses Baseball Twitter account congratulated Sherman, who is the third straight Schuylerville QB to play football at the collegiate level.

RPI’s football program and athletics department cannot yet comment on signing Sherman, as he is still in the enrollment process.

It Runs in the Family

Playing alongside Sherman for the Black Horses this past season was his younger brother, Luke. And Sherman’s older brother, Stratton, is currently the QB at Union College, who plays RPI in the regular season – meaning there is a highly anticipated brotherly competition coming up in the fall.