Athlete of the Week: Brian Hart Cinches the I-87 Cup 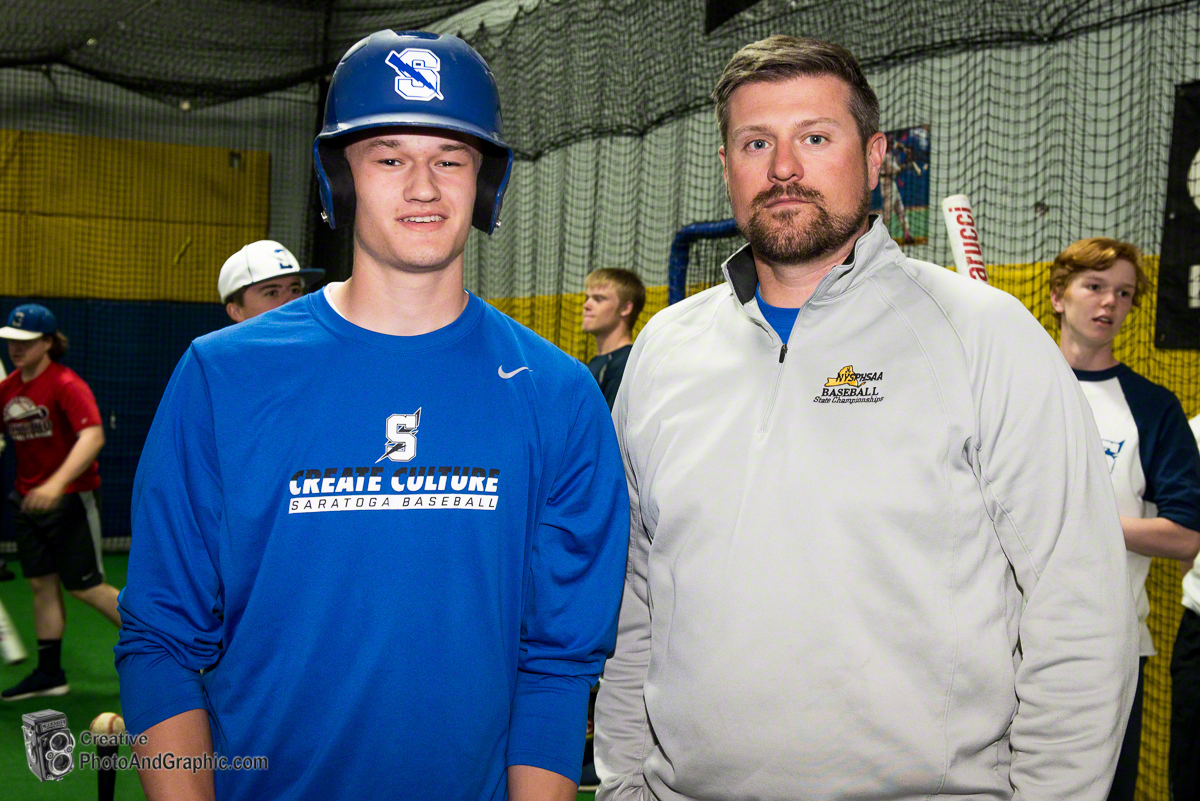 SARATOGA SPRINGS – It was a situation that would be tense for any baseball team in any game: tied with the rival team, 4-4, in the bottom of the seventh inning. This was the situation that the Saratoga Springs High School varsity baseball team found itself in on April 14, when it faced rivals Shenendahowa in a non-league game at Shuttleworth Park. This was not just any old non-league game, however: to give some extra heft to the game required under new Suburban Council guidelines, the two teams came together to create the I-87 Cup, which will fought over each year by both teams in a non-league game.

Enter junior Brian Hart, who with just the right swing of the bat hit a homerun, cinching the Blue Streaks’ victory and making them the inaugural holders of the new title.

“It was a great feeling, just running around the bases,” Hart said. “Seeing everyone at home plate, all excited, and I was excited, just to touch the plate and celebrate with my team… Yeah, they were all excited for me, and it was a special moment for us.”
“I kinda said to him in the on-deck circle, it’d be nice if you hit one over that wall, kinda jokingly,” Coach Andy Cuthbertson said. “And, you know, sure enough, he did that.”

Hart has been playing baseball for Saratoga since little league, or, “most” of his life, as he said. Going forward in the season, he believes that the Blue Streaks can go on to win a sectional championship.
“We’re looking to make a long run,” Hart said.

“The one thing about Brian, even when he was a 10th grader last year, he is very composed,” Cuthbertson said. “He doesn’t get very worked up, and that’s quite an attribute to have as a 10th grader, and now as a junior, sometimes I almost think in my mind that he is a senior, and I have remember that, wow, I have him for one more year. What a nice treat for our program.”