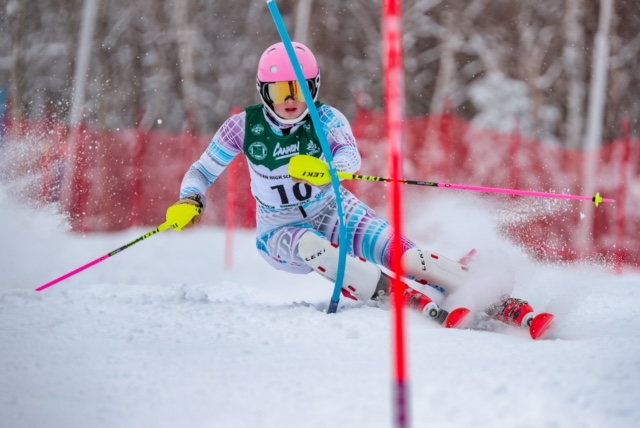 Hannah Klingebiel, Alpine Skiing:
SARATOGA SPRINGS — Klingebiel won every slalom race in Section II during the regular season.  She then went on to win the NY State Championship title for slalom at Bristol Mountain on Feb. 26.  This qualified her for the Eastern High School Championship at Cannon Mountain in New Hampshire this past weekend.  Klingebiel once again won the slalom on March 9! Klingebiel is a sophomore at Schuylerville High School and has skied at Willard Mountain since she was four years old.  She joined the race team there when she was eight.

SENIOR DIVISION:
CHAMPIONSHIP GAME
Berkshire Hathaway Blake Realtors had a 20-point first half lead and never looked back, defeating Cudney’s Launderers by a score of 55 to 40. The winners got points from everyone on the team, with Jake leading the way with 14 points, along with 13 points from Ian Fisk, 11 points Cameron Fitzpatrick, eight points from Seth Mattice, three points from Shane Richardson, and two points apiece from Isaiah Barnes and Tim Leary. PBA scoring was Hunter Regels 15 points, Lydia Green eight points, six points from Elias Whol, five points from Will Sambrook, four points from Tom Leary, and Coleman Fignar with two points.