Athlete of the Week: Brandon Camaj 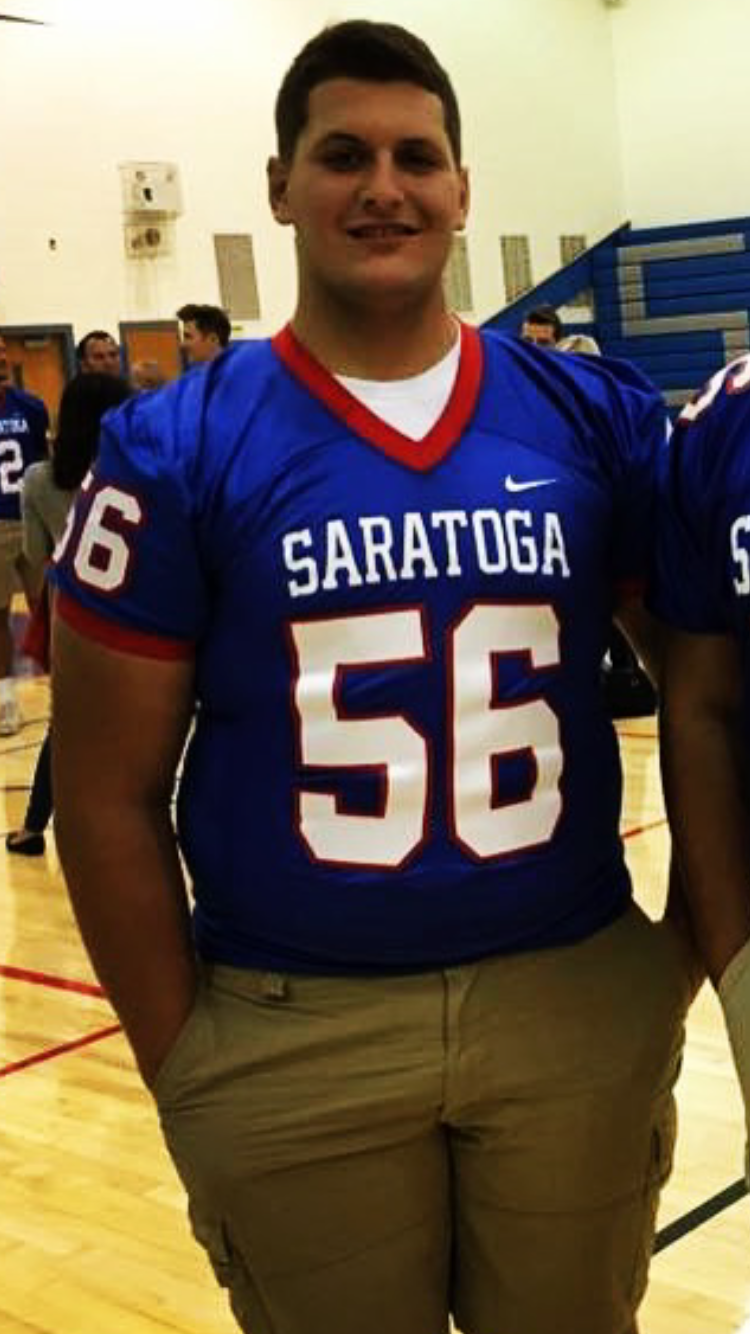 SARATOGA SPRINGS — Brandon Camaj, a 16-yearold junior at Saratoga Springs High School has been playing football for only four years and will be traveling to Australia on June 23, starting June 24, for 10 days for the opportunity of a lifetime: to represent New York State through Down Under Sports, a company founded in 1989 by New Zealander George O’Scanlon, whose mission was to “use the common language of sports to bridge the  continents and provide a forum for athletes around the globe to compete head to head in the sports they love.”

“I received a letter mailed to the school that my coach gave to me. The letter said that I was invited to represent New York State in Australia to play football. It’s a fourgame tournament with seeding games and then playoffs and then the championship,” Camaj explained.

On the field, he is an offensive guard and defensive tackle.

“I’ve always wanted to play football but my parents wouldn’t really let me because they thought it was too dangerous and so I started my freshmen year of high school and I’ve loved it ever since,” he said.

In the off season, Camaj runs track to stay fit and train in his spare time at Saratoga Peak Performance.

“We’re doing a fundraiser where I hand out sponsorship letters and whoever wants to sponsor me can donate through the website. You can also email us,” Camaj said, explaining how he would be fundraising the trip.

Contact Frank Camaj at This email address is being protected from spambots. You need JavaScript enabled to view it. for a sponsorship letter or visit www. DownUnderSports.com/payment/ A518-0D81-10C9, make check payable to Down Under Sports and mail check with the sponsorship letter provided by the Camaj family.

“I don’t really know how they found me, but I got the letter and they broke it down like college recruiting. My parents were actually as shocked as I was [at the opportunity]. They were on board though. They said, ‘do you want to do it?’ I said, ‘I’d love to,’” he explained.

He credits his parents, Lucjana and Frank, as his biggest supporters, along with his three younger siblings, Bryan, who also plays football, Tommy, and Isabela. In his free time, Camaj works part-time at his family’s restaurant, I Love NY Pizza in Ballston Spa and enjoys hanging out with his friends.

“My friends and I just like to hang out with each other. When we’re together mostly we just play sports,” he said.

As far as academics go, Camaj said his grades are “decent, they could be better,” he laughed.

He plans to play football in college and favorite team is the New York Jets. He is grateful for his opportunities and wishes to thank the coaching staff at Saratoga Springs High School.

More in this category: « Preakness Stakes Local All-Star Moments »
back to top