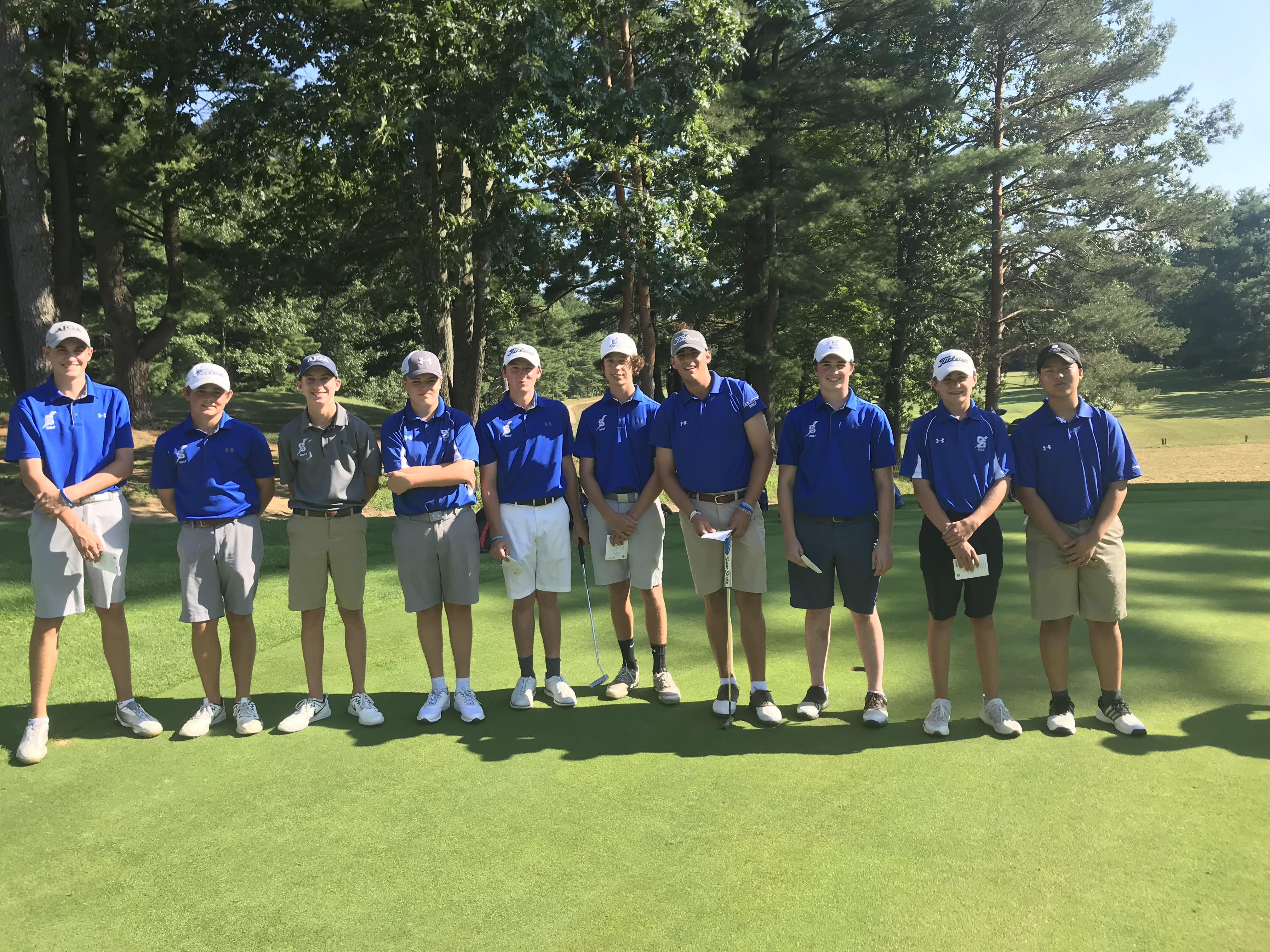 SARATOGA SPRINGS — The Saratoga Springs Varsity Golf Team only has ten golfers, but they’re already 5-0 this season. The team is the defending champion of the Section II title and they are aiming to hang on to that title. Coach Mike Hall, only in his second season coaching, says he has a very strong team this season, even with a “few new guys” and six returners.

“Our new guys have worked their way into the lineup very well and that makes us even stronger,” Hall complimented.

Try-outs began on August 13 and Hall ended up with three seniors, three juniors, three sophomores, and one freshman.

“To be honest, with golf, it’s 98 percent the kid’s talent and 2 percent coaching, at best,” he laughed.

“I tell the boys on day one that they are all significantly better golfers than I am. My main job is to get them organized, get them to where they need to be, and help them focus on the game,” Hall explained.

He started golfing his freshman year of college, about 24 years ago.

“That’s the one nice thing about why these guys are so strong, they started at such a young age. They get a chance to naturally develop their swing. The big thing with golf, especially, is it’s one of
those sports that no matter what kind of athlete you are, you have to commit the time to be good at it. Very few people just pick up a golf club and are consistently good. Even the best golfers in the world aren’t very good unless they’re out playing a ton,” Hall explained.

The team is constantly at class and lessons on the golf course together, which has led to a very tight-knit group.

“It’s interesting that on the course they can talk and give each other advice out there because they know each other’s game so well,” he said.

Their home course is McGregor Links where they are accompanied by Bob Cain, the pro at McGregor Links. Anders Mattson is Cain’s counterpart at Prime, where he runs Anders Academy, a lesson program the entire team also attends. Hall commends the team on all of the effort and investment they and their families put into the game, citing that as the reason the team is so strong.

“I joke with them that I could play my best and their worst for us to be about even,” Hall chuckled.

For a schedule of the golf teams matches, check out our Sports at a Glance page.