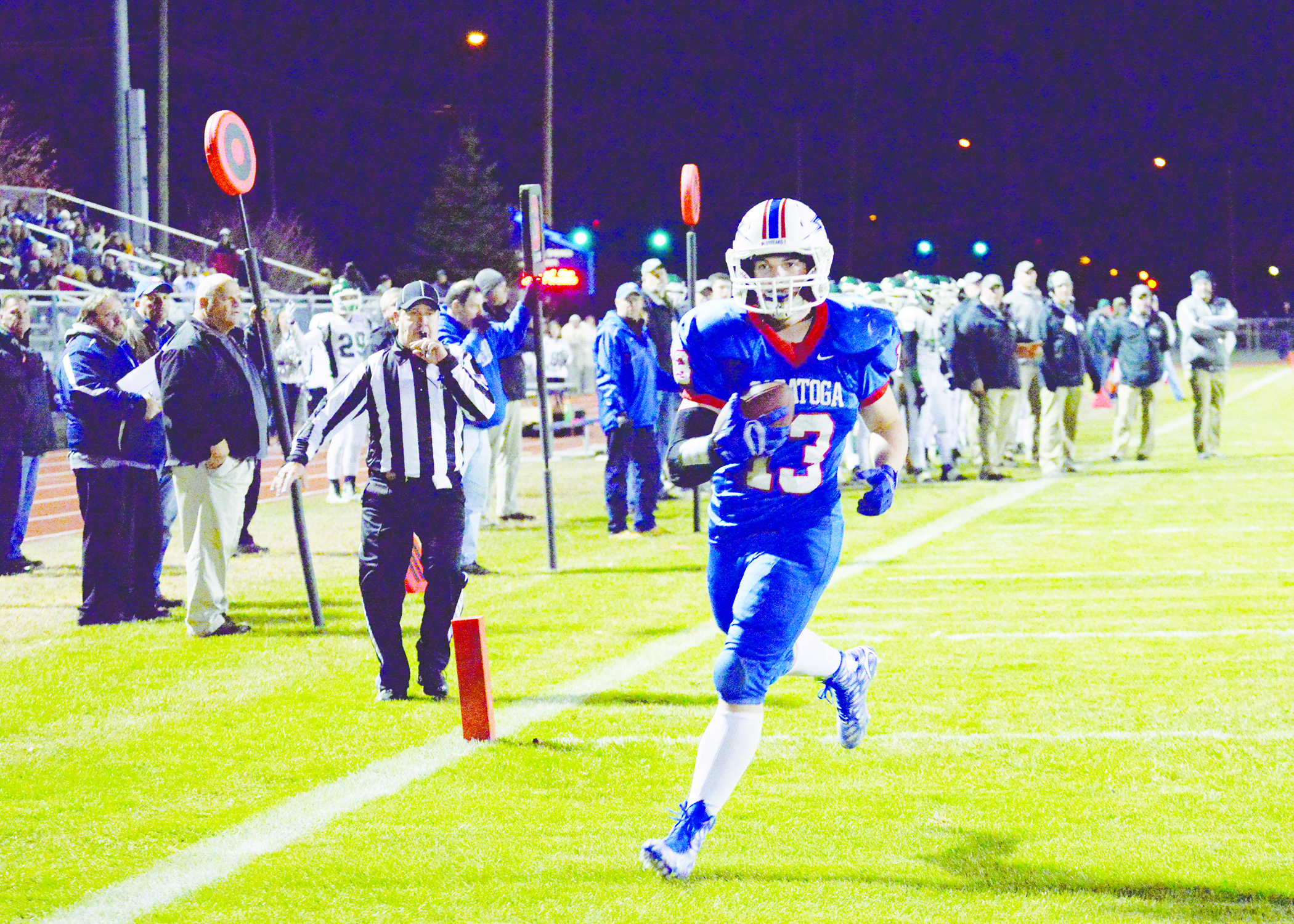 The Saratoga Blue Streaks varsity football team kicked off their 2018-2019 season on August 13, heading straight into practice. There are no try-outs or cuts for this team, anyone who shows up is put to work. That means all 48 players hit the field.

“We have some great kids back and we beat one of our rivals, Christian Brothers Academy, last week and we’re getting ready for Albany this week,” explained Terry Jones, head coach.

Last season, the Blue Streaks’ record was 9-1, losing to Troy in the Section II finals. Troy went on to win their second state championship.

“Jake Williams is taking over as quarterback, he was a sophomore last year, but he wasn’t our starting quarterback. He’s taken over the reigns as our quarterback and we’re excited about what he brings to the table,” Jones said. Wes Eglintine was quarterback last year and graduated.

“We feel good about the kids that we have. Jake was with us last year and saw a lot of time. It’s the high school process, kids graduate and move on and the next group must step up. Jake played a great game Friday night and we expect great things out of him this year,” Jones complimented.

This is Jones’ 28th coaching year overall and 12th year as head coach for the Blue Streaks.

More in this category: « Local All-Star Moments Matla 5K »
back to top