Nick Budesheim: Athlete of the Week 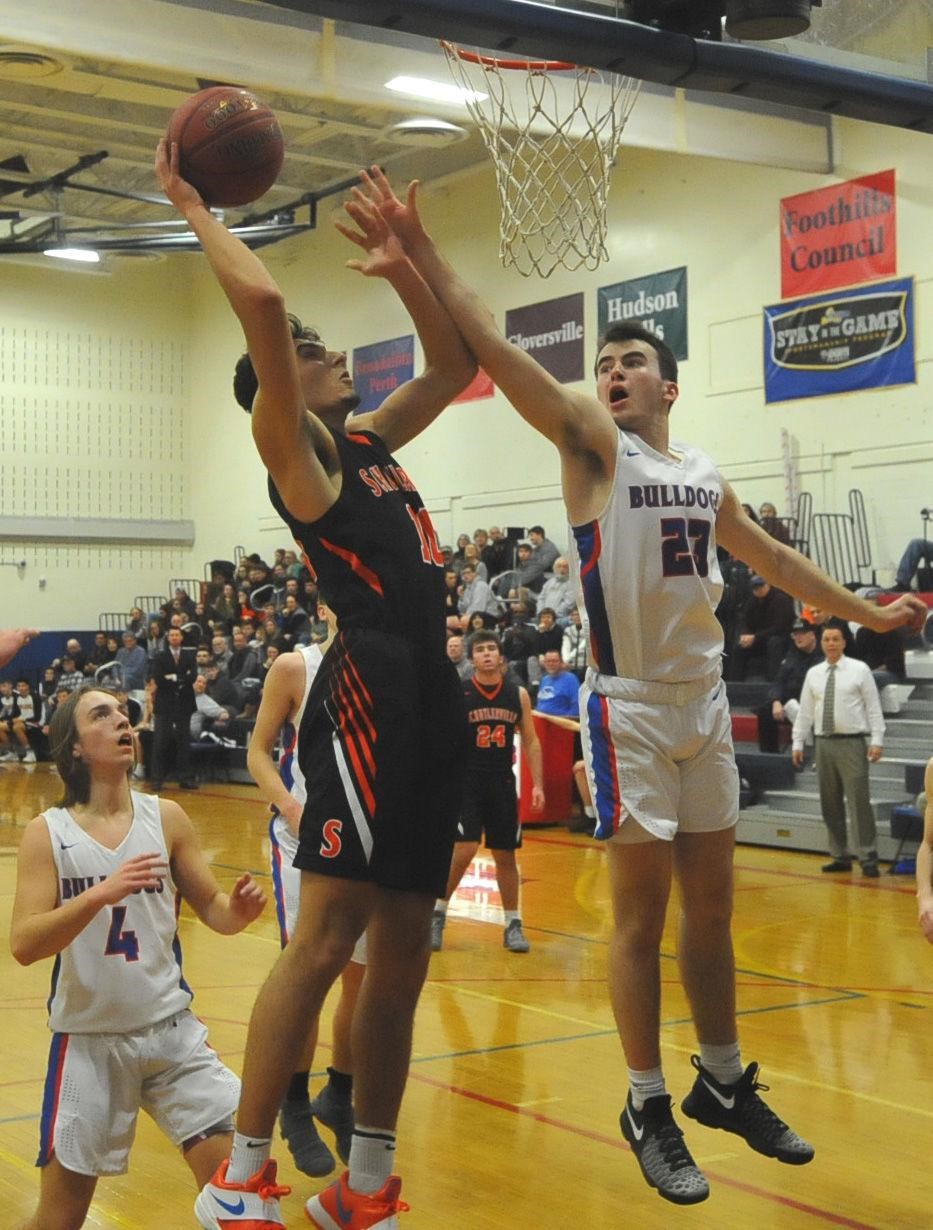 SCHUYLERVILLE — Clarkson University will be ushering local varsity basketball player Nick Budesheim into the next phase of his basketball and academic career.

Budesheim comes from a family of Celtics fans, which inspired him to pursue basketball himself when he was in the fourth grade. Though Budesheim also plays for the school’s soccer team, basketball quickly became his favorite sport.

“I just found that to be something that you can do by yourself, it motivates you constantly,” said Budesheim. “Everything about it makes me love it.”

There was not a thing that Budesheim could find that didn’t bring him joy. As he’s matured, Budesheim has learned that the less pleasurable aspects such as early and long practices, running and conditioning are not all that bad, as they only help him to improve his game.

A rigorous sports schedule incorporated into applying to colleges can become overwhelming for any scholar-athlete, but not for Budesheim.

“You just have to find a balance and always keep your head up,” said Budesheim.

Budesheim finds inspiration from his family and friends, who are also his biggest support systems. Their support has aided him through every game, alongside a small before game superstition of his.

“I always chew the same kind of gum…extra polar ice,” said Budesheim.
Though his time playing for Schuylerville is coming to an end, he does want to leave the up and coming athletes of Saratoga County with a few words of wisdom.
“Work hard when no one is looking,” explains Budesheim.  “Know that if you put in the work, that’s gonna make you a better basketball player.”
Read 1012 times

More in this category: « Saratoga Gymnast Flips Into First Connor Johnson: Athlete of the Week »
back to top