The Whitney’s of Saratoga: Part One 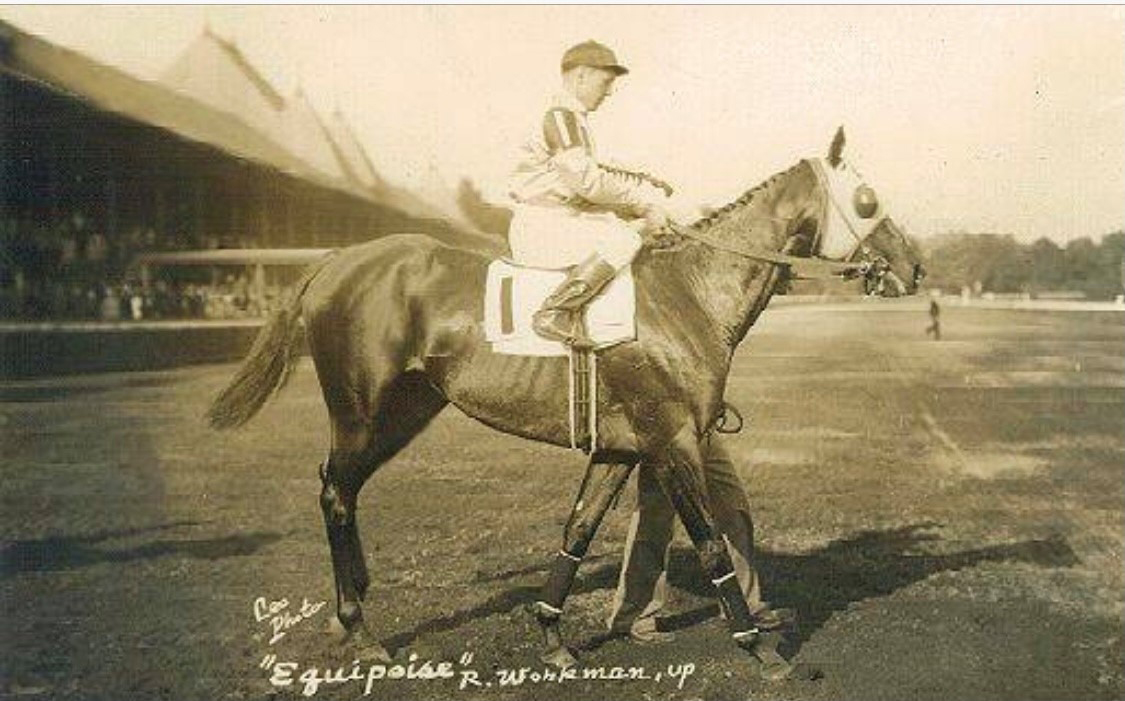 This week we will take a look at two members of the fabulous Whitney family who made Saratoga their August playground.

Their names were John Hay Whitney, known to his friends as Jock, and Cornelius Vanderbilt Whitney who was called Sonny. They were scions of the Whitney line in an era when the two cousins were among the wealthiest individuals in the entire country.

Jock and Sonny were entrepreneurs, political figures, collectors of art, and philanthropists of the highest order. The two cousins were sportsman, superb polo players and stewards of their favorite past time, The Sport of Kings.

THE LINEAGE
The Patriarch of the Whitney family was John Whitney. He came to America from England in 1635. His descendant William Collins Whitney was the first Whitney to leave his mark on Saratoga. A mega successful businessman and political figure of the late Nineteenth Century, his true passion was horse racing. He owned and operated Westbury Stable, taking the name from Old Westbury, New York, a town known for its Who’s Who of American aristocracy. He resided there along with the Phippses, DuPonts, and Vanderbilts. With Whitney’s guidance, Westbury  became one of the leading racing stables in the country.

At the turn of the Twentieth Century Saratoga Racetrack was in a downhill spiral. Whitney saw an opportunity to purchase the track. He and a contingent of investors set on a path to modernize the stands, lengthen the oval and beautify the grounds. It can be said that without the intervention of William Whitney, enthusiasts of the sport would be relegated to read about horse racing at the Spa as a casualty of a bygone era.

Among William Whitney’s offspring were two sons whose love of the sport were on a par with their esteemed father. Harry Payne answered to his given name Harry. William Payne was known by his middle name Payne.

In 1904, Harry inherited his father’s racing stable taking it to greater fame. His stock won an astounding ten Triple Crown events. Of note, in 1915 his filly Regret became the first of the fairer sex to win the Kentucky Derby. His brother Payne established Greentree Stables in 1914. The name was derived from the family estate in Old Westbury. The Greentree brand would become synonymous with horse racing on a grand scale.

ENTER SONNY AND JOCK
The name Cornelius Vanderbilt Whitney is as regal as it sounds. His breeding was as impeccable as that of the racehorses he would own. He was born in 1899 to Harry Payne Whitney and his wife Gertrude Vanderbilt. The melding of the families gave Sonny claim to two of the most highly regarded dynasty’s on the hemisphere.

Five years later Payne Whitney and his wife Helen Hay gave birth to a son, John Hay Whitney. Not to be overshadowed by his cousin, Jock, Whitney’s lineage on the maternal side included his grandfather, a great American Statesman, John Hay. Hay counted among his successes the privilege of being Abraham Lincoln’s Private Secretary, as well  as serving as Secretary of State under both William McKinley and Theodore Roosevelt.

The Union of the two families created the ideal marriage of the business and political worlds.

The Whitney cousins took the same educational journey. They both completed their pre college studies at Groton, one of America’s foremost private prep schools. Fellow alumni included Franklin Roosevelt, Henry DuPont, Averill Harriman and Theodore Roosevelt Jr. Then it was on to a family tradition of graduating from Yale University, an Ivy League Institution dating back to 1701.

FORTUNES AND THE SPORT OF KINGS
Payne Whitney passed away In 1927. He was only 51 years old. With that, his wealth passed into the hands of Jock and his sister Joan. The estate valued at nearly 200 million dollars was at the time the largest fortune entered into probate in the history of the United States.

Upon their mother Helen’s death Greentree Stable became a joint venture of the siblings that would last until Jocks  death four decades later. The property that housed the Greentree stock during the Saratoga racing season sits adjacent to Claire Court on Nelson Avenue. The sprawling grounds also served as Jock’s summer residence.

Joan Whitney Payson later became well known in the baseball world as the original owner of the New York Mets. Under her direction The Amazing’s went from the worst team in the history of the sport to a World Championship seven years later.

Mrs. Payson, as she was fondly known, made Saratoga her August home for much of her adult life. The residence at the end of Phila St. intersecting Nelson Ave. is a marvel of Queen Anne Victorian architecture.

1927 was also an important year for Sonny Whitney. Charles Lindbergh crossed the Atlantic Ocean, landing his aircraft at Le Bourget Airport outside of Paris. Aviation was entering a new phase, Sonny always ahead of the curve, envisioned the future of it. Later that year along with Juan Trippe, an aviation pioneer and fellow Yale alumni, he formed Pan American Airlines. The investment proved to be a grand slam home run. Pan Am led the way in almost every aspect of air travel for the next half century.

Harry Payne Whitney’s life came to an end in 1930. With that Sonny took ownership of his late fathers stable. Sonny would race the horses under his own name, C. V. Whitney.

Sonny was an immediate success as a race horse owner. His colt Equipoise became one of the all time greats. He was considered the best horse in training for both 1932 and 1933.

The Whitney Stakes was inaugurated in 1928 to memorialize the Whitney families contributions to the sport. The 1932 version, here at the Spa was a special event for Sonny. His great champion Equipoise took the race wire to wire. With it came the first of his four coveted Whitney Stakes trophies.

Jock and his sister Joan were also off to the races. Although at the time Greentree was still owned by their mother, the two were heavily involved with the operation.

The Greentree response to Equipose was a colt named Twenty Grand. He had a remarkable career. Separated from the 1931 Triple Crown by just a length and half loss in the Preakness Stakes, he went on to take the coveted Travers here at Saratoga. The year 1931 belonged to Twenty Grand. In 1957 both Equipoise and Twenty Grand were inducted into the Horse Racing Hall of Fame here on Union Avenue.

The cousins were riding high in the horse racing world. Next, they moved in on Hollywood.

GONE WITH THE WIND
The movie industry was in its infancy. Both Jock and Sonny were quick to grab a piece of the action. Motion pictures in the early 1930s were filmed in black and white. The cousins bought into a new technology  known as technicolor. They invested what amounted to a fifteen percent stake in an invention that would change the face of the movie industry.

Then they set their eyes on the production of motion pictures. Gone With The Wind, to this day considered the greatest movie of all time, had the Whitney name written all over it. The cousins financed the making of the masterpiece. Jock, in fact held the title of Chairman of the Board of Selznick International when the movie was filmed in 1939.

The decade also saw the first of two marriages for Jock. In 1930 he wed one of the notable socialites of the era, Elizabeth Altemus. She was tough, brassy and beautiful. Although they divorced after ten years, Liz branched out and raced quality horses of her own until her death in 1988. She owned the champion Porterhouse, along with many major stakes winners. Liz also kept a residence here. Her horse farm located on Fitch Road, is now the site of McMahon of Saratoga Thoroughbreds.

The thirties were over. A new decade was about to begin. A World War was on the horizon.

Next week we will take a look at the cousins’ contributions to the war effort and their leap into government service. Then we will see how they brought their brand of horse racing to a higher level. We will follow Sonny and his bride Mary Lou as they lead the way in the Renaissance of Saratoga, “The August Place To Be.” Stay tuned.

More in this category: « Clifton Park’s Own Amusement Park The Whitneys of Saratoga: Part Two »
back to top