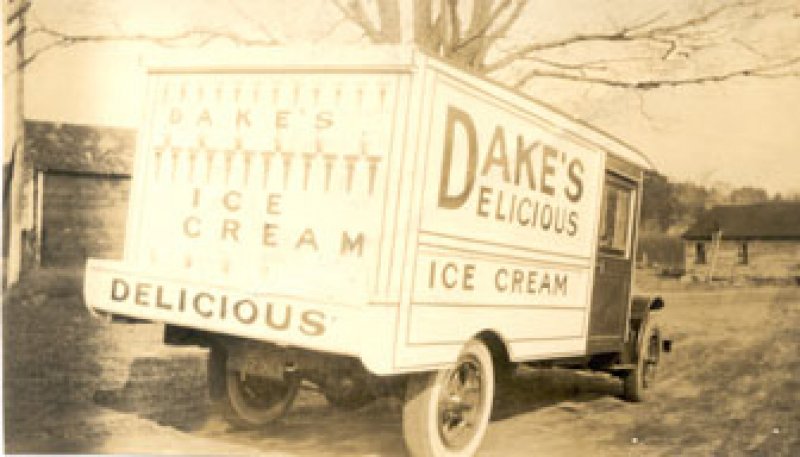 Starks Desivigna Dake was born May 9,1852. He died on November 10, 1937, at the family homestead in Middle Grove after a long illness. As stated in the Saratogian on November 11, 1937, Courageous to the last, he voted in the November 2 election at a polling place near his home.

Starks was a member of one of the oldest families to settle in Saratoga County. He was the son of Benjamin C. and Mary Jane Carmen Dake. He attended school in Daketown and, in the winter of 1869-70, attended the prominent Ft. Edward Collegiate Institute. In 1870 he won a scholarship to Cornell, where he studied civil engineering. He left college early to teach school in Eddy’s Corners, South Corinth, Greenfield Center, Middle Grove, and Chatfield Corners. In 1872 the enterprising Starks took up land surveying while still teaching. He would continue that occupation for the next 60 years.

In 1876 he was elected Justice of the Peace in the Town of Greenfield. He declined renomination after serving four years. After leaving office, Starks would continue to share his expertise in the Justice’s Court by giving advice and counsel in law matters. In those years, there were few lawyers and limited transportation. It was common for men of expanded education and experience to assist the courts even though they were not members of the bar.

Married in 1874, Starks and Melvena B. Lyman Dake would have seven sons and four daughters. Two sons Percy W. and Charles V. would establish Dake’s Delicious Ice Cream in 1921. The brothers went on to create Stewart’s Ice Cream with the purchase of Don K. Stewart’s Ballston dairy business in 1945. Grandsons William P. and Charles S. would continue the ice cream legacy after the retirement of their father Charles V. and uncle Percy. Today great-grandson and Stewart’s Shops Corp. President Gary Dake continues to support the community where the family’s roots are deeply entrenched.

In the following Saratogian newspaper article from 1909, you will get a sense of the visionary trait that permeates the Dake family:

On April 6, 1909, Starks Dake of Middle Grove proposed a new canal in Saratoga County from Ballston to *Grangerville. The proposal was discussed at a meeting of Ballston Spa businessmen. The pollution of Saratoga Lake was the impetus of Stark’s idea. As an engineer Starks was present to speak on the matter of the storage reservoir on the headwaters of the Kayaderosseras Creek. Mr. Dake explained the feasibility of erecting a dam across the Kayaderosseras above Middle Grove for the purpose of storing flood-water to be released in time of drought. This would secure an equalized flow of water in the creek. Mr. Dake gave an estimate of the probable cost of the construction of the dam and the flowage rights. In discussing the subject of pollution of the creek, Mr. Dake stated that one of the troubles along the creek between Ballston Spa and the lake during low water is the almost stagnant condition of the water, the current being so sluggish. The creek twists and turns so often that to reach the lake, a distance of five miles, the creek runs ten miles with a fall of a little over twenty feet.

Mr. Dake suggested that to secure more current it would be practical to dredge a new channel to the lake, taking a straight course. By reducing the length of the creek to five miles the trouble of stagnant water would be obvious. He estimated this could be done for $15,000 and would be a comparatively easy matter.

In speaking of this work, he then mentioned how easy it would be to continue the work of dredging to the proposed barge canal at Grangerville (2 miles east of Schuylerville) and thus obtain a water freight connection for the industries of Ballston. With a fall of less than twenty-five feet from Ballston to the line of the barge canal, a feeder canal would be a very feasible project.

The proposal above never materialized, but the idea makes you think, “What if?”

John Greenwood is a Town of Greenfield Historical Society Board member and Stewart’s Shops retiree. He was involved in developing the current exhibit on Stewarts Shops at Brookside Museum in Ballston Spa. John lives in Wilton with his wife Patricia. He can be reached at This email address is being protected from spambots. You need JavaScript enabled to view it.

Read 440 times
More in this category: « Saratoga Black Elks 96 Years Young The Gamblers and Gangsters of Saratoga »
back to top