SARATOGA SPRINGS — St. Paul’s Evangelical Lutheran Church recently welcomed its new associate pastor, Rev. Ethan Luhman. Luhman was ordained at the church mid-August after moving to Saratoga Springs with his family from the Midwest. Though he is only 26, Luhman possesses a humble wisdom that makes him seem like an old soul.

Growing up in a rural, farming community in a small town near Madison, Wisconsin, Luhman spent a lot of time outdoors in the country. He enjoyed the small town culture, something he also likes about Saratoga.

“I went to a small high school in a town where everyone knows everyone,” said Luhman, who graduated with less than 50 other students. “I appreciate that Saratoga isn’t so large you can’t know everyone and get to know people. We are overwhelmed by how great the community is here.” 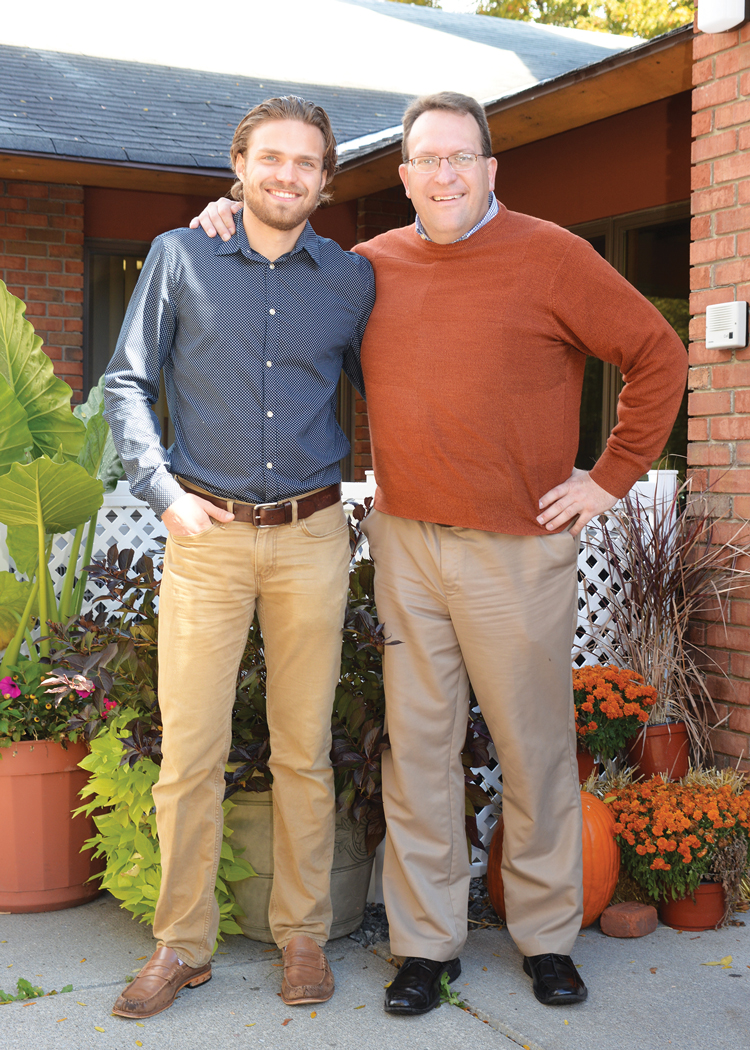 Luhman has been part of the Lutheran church his entire life. His father, a district attorney, was involved in the church, teaching bible study and Sunday school. The church that Luhman and his family attended was built by his great-great-grandfather, a Norwegian immigrant. The church still stands today, and remains in the middle of a huge cornfield.

After graduating from high school as valedictorian, Luhman was set on going to college but wasn’t yet sure what he truly wanted to do. He initially considered the medical field.

“I was a biology major at first, but one day my pastor asked, ‘Have you ever thought about being a pastor?’ When you think about careers, you don’t think of ‘pastor’ as one of them,” said Luhman. “But then I started thinking about my own gifts and my abilities. I want to help people and I want to be able to use the gifts God has given me to be among His people.”

“I thought about being a chiropractor, a healer of the body, but I was like well, I will work at being a healer of souls,” Luhman said lightheartedly.

Luhman attended Concordia University in Mequon, Wisconsin, where he immediately changed his major to theology. While in college, Luhman learned to read ancient Greek and Hebrew, and had the opportunity to get involved in a number of ministries. When he was a sophomore, he started a tutoring program in inner city Milwaukee. 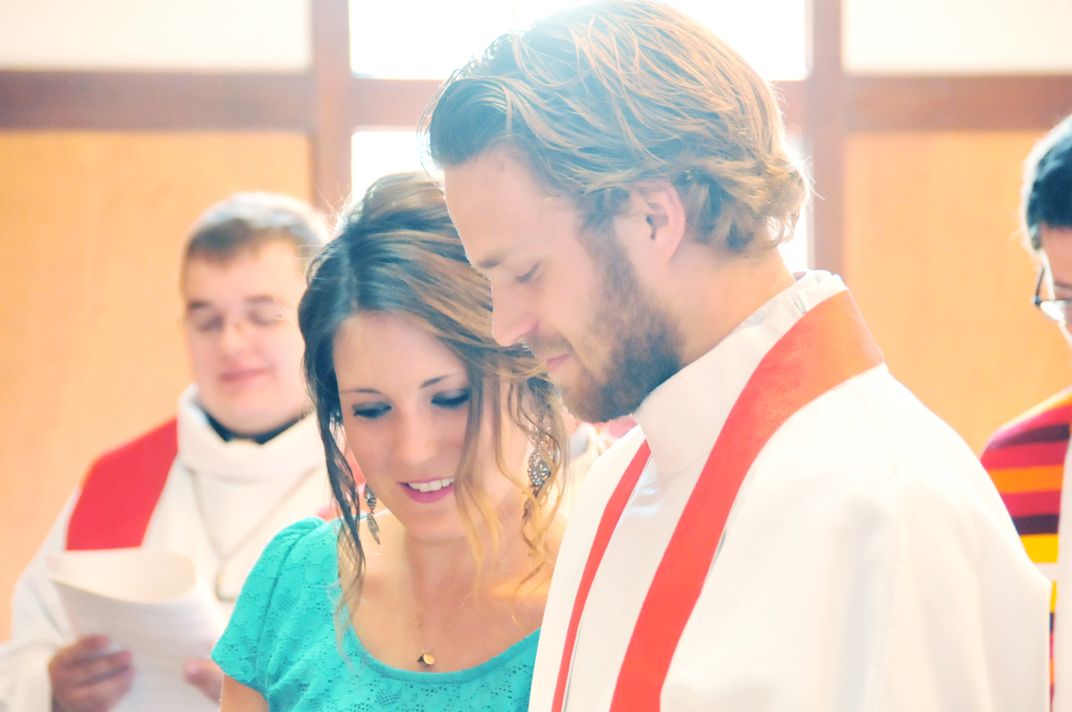 “That really expanded my experience because I came from a rural community, and now I was in an urban environment with a diverse group of people. I had a heart for them. It let me know how big the kingdom of God is. It includes people all over the world, people who don’t always look like me,” reflected Luhman.

After college, Luhman attended Concordia Seminary in St. Louis, Missouri, where he met men who were like-minded and on the same journey. He also learned a lot about his passions and what his strengths are.

“I learned to be a better listener. So often we get caught up talking or thinking that we understand what someone is saying, but to take the time to really give them the space to express themselves and be open, it can be a very healing thing. It is empowering to be heard,” said Luhman.

Luhman met his wife, Sherry, in his last semester of college while on a mission trip to Mexico to build houses. After dating for eight months and a brief engagement, they got married in 2012. Shortly after, they had their first son, Abram, who is now almost 3. Two weeks before arriving in Saratoga Springs, Luhman’s wife gave birth to their second son, Owain. His family has been by his side through seminary school, his ordination and now, his first placement as a pastor.

A group of pastors that oversee different areas across the country decided where Luhman would be placed. They decided the right fit for him is here in Saratoga Springs. 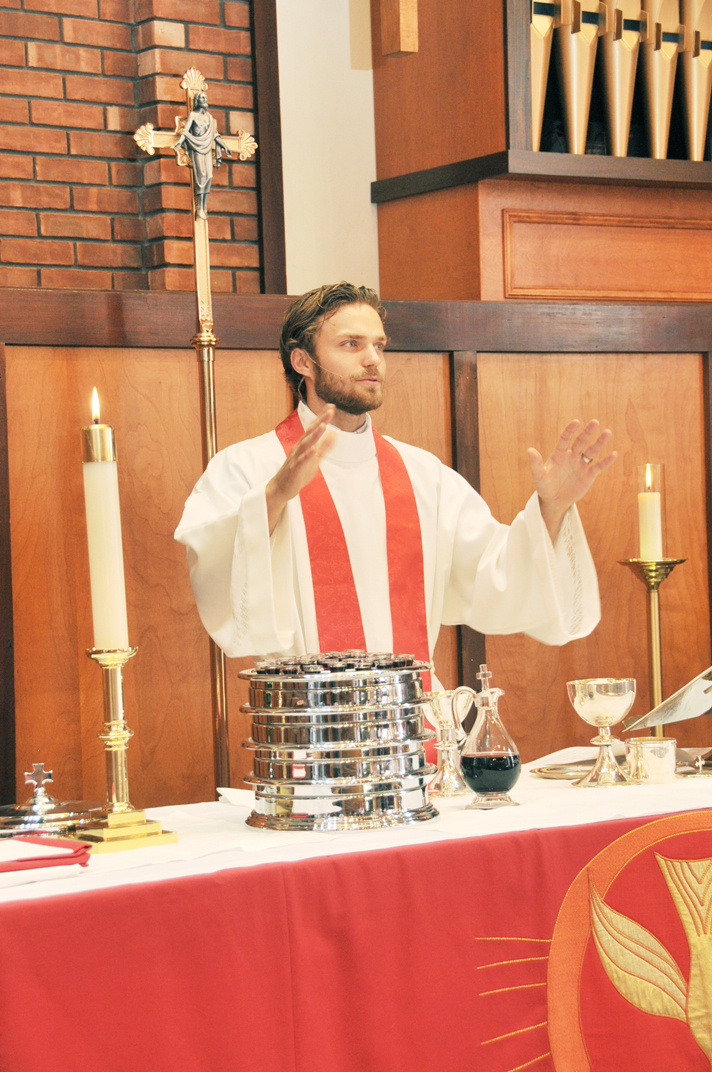 “We were ready for an adventure,” said Luhman.

St. Paul’s had been waiting for another pastor for five years, making Luhman’s arrival that much more significant and timely. Luhman works with head pastor, Rev. Adam Wiegand to help lead church service, teach bible studies and help with the church’s youth services.

“I’m excited to be a witness for Jesus here and to reach out to the community. I want to be there for the people. That’s why I became a pastor, to be with people and to be a guide of sorts,” said Luhman. “What brings me joy is being a part of and leading a community of people that are focused on serving Jesus in their lives.”

Luhman’s daily life as the new associate pastor consists of a lot of catching up and getting familiar with the church’s programs. He meets with members of his congregation, helps with the church’s preschool and visits Saratoga Hospital regularly to meet with patients.

When he is not at St. Paul’s, Luhman is busy being a dad to two small boys. He enjoys taking his son, Abram, to the library and to Congress Park to feed the ducks. The family also recently went apple and pumpkin picking at Saratoga Apple.

Luhman adds with a smile, “We can’t imagine a better community to be a part of. We don’t have plans of leaving anytime soon.” 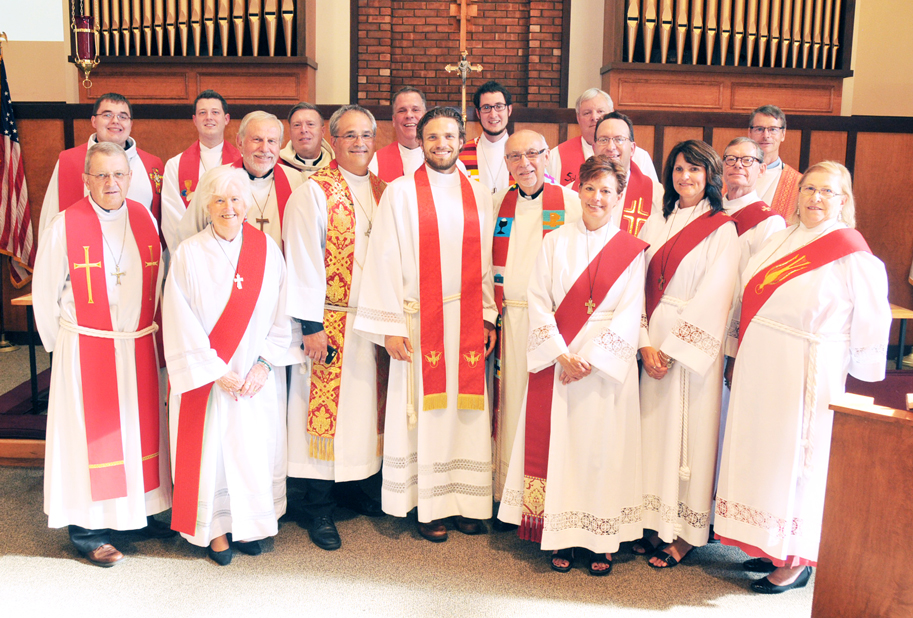 More in this category: « Off To Austria! County Funds More Trails »
back to top