A Popular Summer Feast by Fires 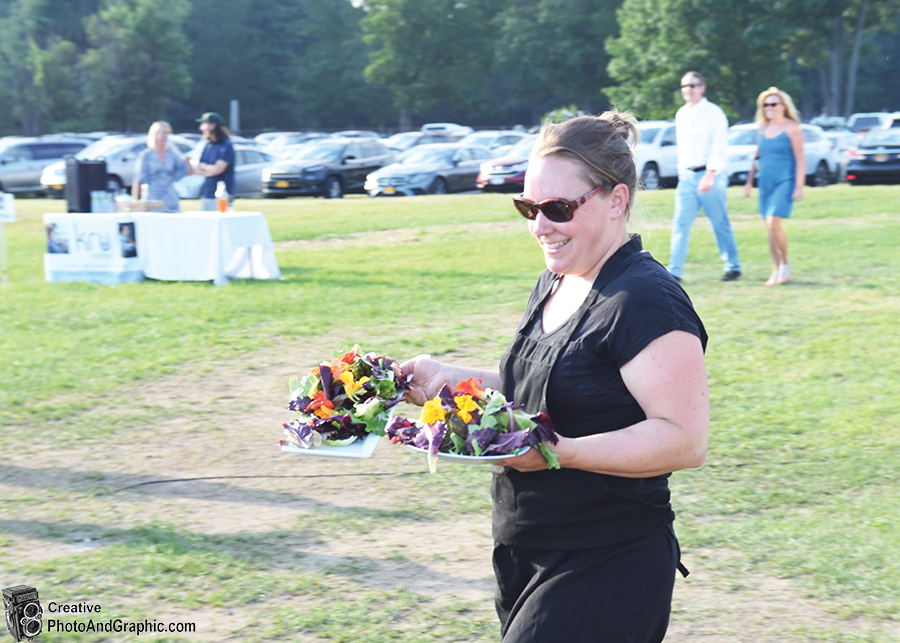 Scenes from the August 1 "Fire Feast on the Farm." Photos by www.photoandgraphic.com.

SARATOGA SPRINGS — “We have so many interesting farmers here, constituents, community people, chefs from all over the country,” observed Mayor Joanne Yepsen on Tuesday, as she provided opening remarks for the “Fire Feast on the Farm” held at Pitney Meadows Community Farm (PMCF).

Dan Forbush, one of many event organizers, said nearly 300 people had purchased tickets for the PMCF fundraiser. The tickets ranged in price between $200 and $500.

Last year, the Pitney family sold their farm’s property rights to the city for more than $1 million. It is now home to a lively community garden and a host of educational events.

The program for the August 1 Fire Feast, which was sponsored by a few dozen area businesses, called it “an amazing evening on the farm.”

“It is so important that we preserve farmland in the City of Saratoga Springs. And we now have 161 acres, in perpetuity, preserved. So enjoy,” Yepsen told the large crowd gathered under a newly constructed greenhouse at the West Avenue property.

John Sconzo, the PMCF organizer who led the introductions, then informed the crowd that two fire pits would be cooking at any given time, with each individual chef focused on serving specific items such as fresh seafood, beef and vegetables.

Long lines formed right away among most of the Fire Feast attendees, who appeared to relish each other’s company as much as the smoke and aromas wafting through the air on a warm summer evening.

Richard Ball, commissioner of the state Department of Agriculture and Markets, also made an appearance at the Fire Feast.

After Yepsen had departed for a city meeting, Ball briefly explained how he manages those things that sometimes cause the loss of sleep, including family issues, life on his own farm and his relationship with bankers.

“What keeps me up during the day is people like you,” Ball said. “People like you, here tonight, who are putting this together and carrying the vision forward for a very special community.”

More in this category: « Notes from City Hall Twenty Asphalt Jobs Coming to Ballston »
back to top