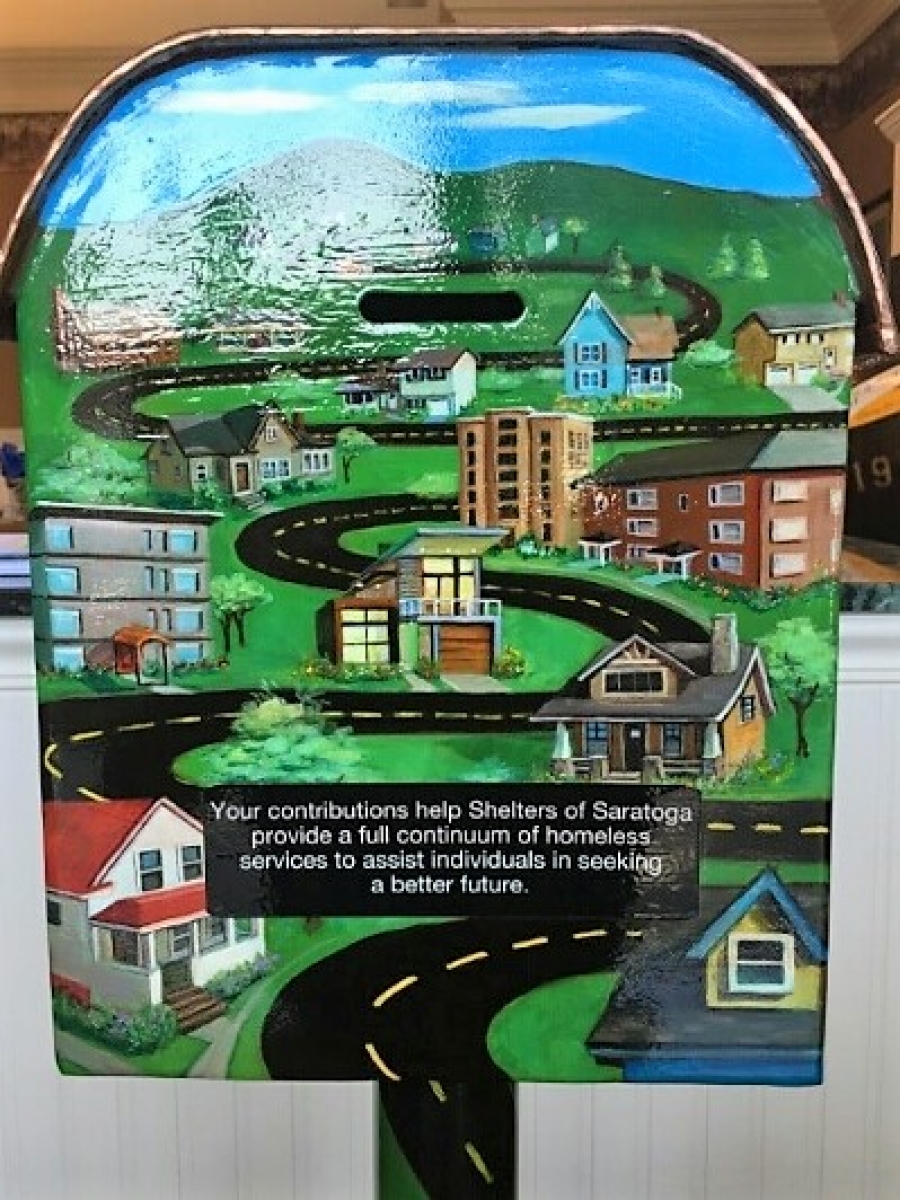 SARATOGA SPRINGS – The nine boxes have stood their ground, mounted atop posts up-and-down Broadway, since the fall of 2016.

Placed in strategically deliberate locations, the program designed to aid the homeless is the brainchild of the Saratoga Springs Downtown Assessment District. Its purpose is to provide pedestrians a means of making monetary donations directly to services that benefit the local homeless community, as opposed to randomly handing money to someone panhandling on the street, where the end result of the donation wouldn’t be easily known. By all accounts, the caretakers of the program say it has been a success.

One hundred percent of the funds collected by the boxes are forwarded by the Saratoga County Chamber of Commerce to Shelters of Saratoga, which provides assistance to people facing homelessness.

“It helps with our outreach program and we’re also able to get items and supplies we need,” says Michael Finocchi, executive director of Shelters of Saratoga, which provides care via through the Code Blue emergency shelter, its outreach program, drop-in centers, case managed shelter and affordable housing. “There’s also been a huge change downtown on Broadway. People aren’t hanging out like they did. They don’t have to sit downtown with a cup when we can get something for them.”

Twelve boxes were made, each decorated by a different artist via Saratoga Arts, and depict everything from a leaf-laden autumnal landscape, to a hamburger atop a classic red-and-white checkerboard tabletop and a long winding road zagging through a contemporary terrain. Nine were installed. The other three are still looking for a home where the collections could be easily managed.

In the first year of implementation, the boxes collected approximately $7,500, says Harvey Fox, chairman of the Saratoga Springs Downtown Assessment District, and one of the initiators of the donation box plan.

“We’ve collected twenties and fifties and donations of up to $100. The point is to help the less fortunate, to help provide opportunities through S.O.S. for safe shelter, training, and jobs. That’s what it’s all about,” says Fox, who adds he has seen the good the project does first-hand, having met folks who have been directly helped since the program was initiated. “It is working and when you talk to people and listen to their stories, it really is moving.”

The “tamper-proof” boxes have lived up to their security expectations. Fox said there have been no incidents reported of attempts to burglarize the boxes. Other communities have not been as fortunate.

In May 2015, The Positive Change Donation Program was implemented by the Downtown Berkeley Association in California. Donation boxes were installed throughout downtown Berkeley to encourage residents to give their spare change to those in need, with donations targeted to help fund social services that reduce homelessness.

“It was great in a lot of ways, but unfortunately we had to discontinue the program because people were using crowbars and breaking into them,” explains John Caner, CEO of the Downtown Berkeley Association. “Perhaps in Saratoga Springs you don’t have those kinds of issues. Here, it was very sad when we had to end it, because it was working.”

Locally, S.O.S. receives the funds on a quarterly basis and re-distributes it as is deemed most appropriate at that time. “We also started donating money back to other agencies that are dealing with same population,” says Finocchi, noting organizations such as the Franklin Community Center, Wellspring, and the Giving Circle – who operate a Thursday night program that provides a hot meal for the homeless population outside the Presbyterian Church – as being among local agencies whose programs have directly benefited from community donations.

More in this category: « Two Resign in Milton Over Ethics Concerns City Aims for November Charter “Revision” Referendum – But No Change to Form of Government »
back to top