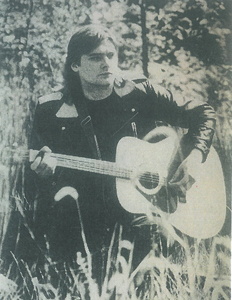 On September 10, 2021, with great sadness, the world lost Dale Haskell, the only son of the late Walter and Joan Haskell of Ballston Spa.

Dale was an honest man who would give another the shirt off his back if they were in need. As a musician, he was very well respected as a solid drummer, guitarist, vocalist, and song writer. His understanding of the absurdity of the human condition allowed him to write songs with lyrics that presented a psychological bite even the most seasoned song writers could not imagine. He was an extremely well-read man who possessed an encyclopedic knowledge of music, literature, and film. Dale would spend hours listening to music. His collection could have filled any radio station in the USA. His taste spanned Rock and Roll, Blues, Jazz, Classical, and film soundtracks. Dale’s insight into popular culture were always profound, as were the stories and novels he penned. To know Dale Haskell as a friend was to love him. He could be difficult and cantankerous, but his close friendships were always rewarding. A close friend and fellow musician, Kevin Maul lovingly stated, “I’m hoping Dale is now being bathed in the love of the Creator that he was convinced did not exist. I hope he is somehow hearing all of the wonderful things people are saying about him, and that he realizes that there is now a great hole in the universe – one even greater than the hole he thought he was making by his own existence.” At Dale’s request no “permanent arrangements” have been made.

More in this category: « Richard Affinito Henry A. Rowland »
back to top