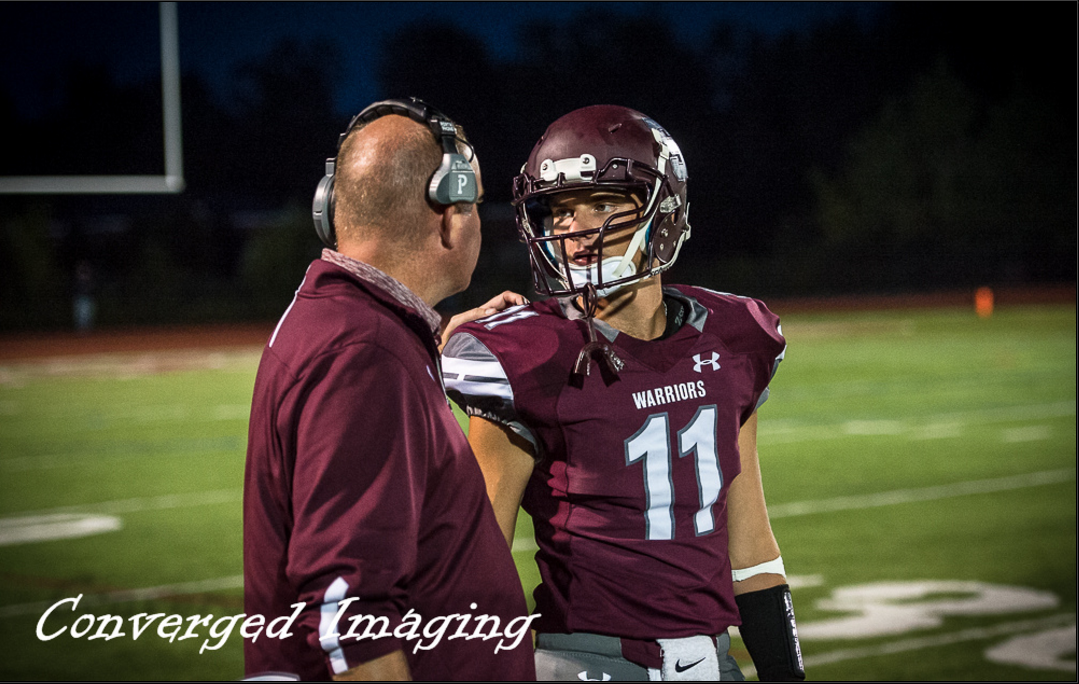 STILLWATER – Coach Ian Godfrey, in his second year as head coach, and the Stillwater Warriors are ready for the upcoming season.

“Last Friday was our first game against Corinth high school. We won 50 to 13, so it’s a really nice start. We have a really good group of hard working kids, we have a nice mix of seniors and underclassmen, they really seem to work hard and work well together. So far practices, as evidenced in our first game, have gone pretty well. We have a pretty tough schedule this year with a couple of the teams this year. It’s going to be a battle, to say the least, but we’re definitely up for it,” Godfrey said.

The Captains this year are Sean Kane, quarterback, Dan Morris, running back, and Jake Hickey, linemen. All three Captains are seniors this year.

“Our Captains are really the core players of our team, so a lot is riding on their success this year,” Godfrey stated.

“We actually have three kids who are playing that are sophomores who start both ways. Mason Seymour, running-back and linebacker, he’ll be one of the better players as a sophomore in the league. Brian McNeil, he plays offensive and defensive line and he is a force to be reckoned with. James Galarneau, he plays receiver, safety, and some quarterback too,” Godfrey clarified.

“This is a group that has overachieved a little bit last year and I’m really hoping that we can kind of live up to this year’s potential. We’ve got a really good group of guys, we want to compete for the league, we really feel like we have the talent to do so, but we know that realistically just getting to the playoffs would be an accomplishment, because it’s just such a tough league. We feel like if we can get to the playoffs then anything can happen,” Godfrey spoke positively of his team.

The Stillwater Warriors will take on Taconic Hills on Friday, Sept. 8 in an away game.

More in this category: « Shenendehowa Plainsmen Alzheimer's Association Blondes vs. Brunettes »
back to top