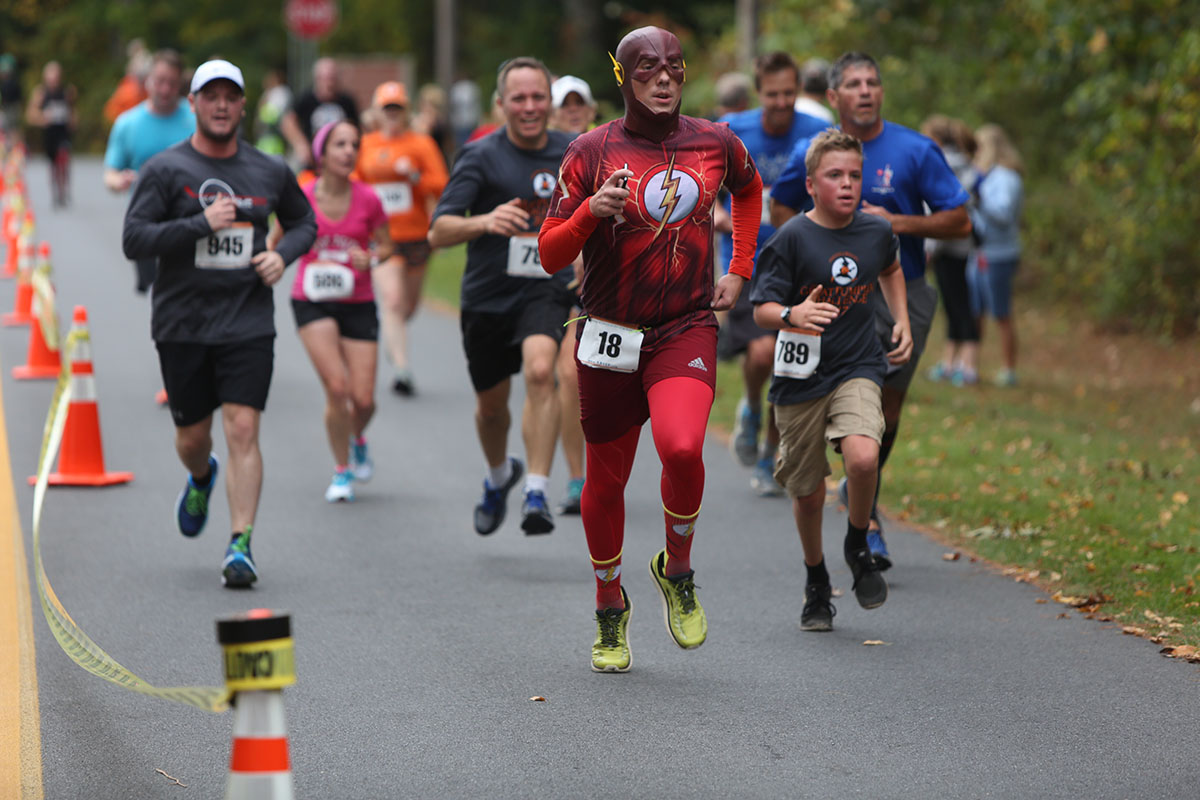 Saratoga Bridges is “one of the largest non-profit organizations in Saratoga County. Saratoga Bridges has been provided the highest level of services and programs to over 830 people with developmental disabilities and their families for more than 60 years,” said the official Saratoga Bridges website.

This event also included the popular Kids Fun Run for children 12 and under. Children, and some adults, dressed in costume. The costume contest was won by Scott LeFevre (adult, as the Beast from Beauty and the Beast); Christopher Mason (boys costume winner, Dwarf from Snow White), and Mackenzie LeFevre (girls costume winner, Beauty from Beauty and the Beast).

More in this category: « Fasig-Tipton Sales Wrap-Up Still Undefeated »
back to top