Madison Chandler: Athlete of the Week 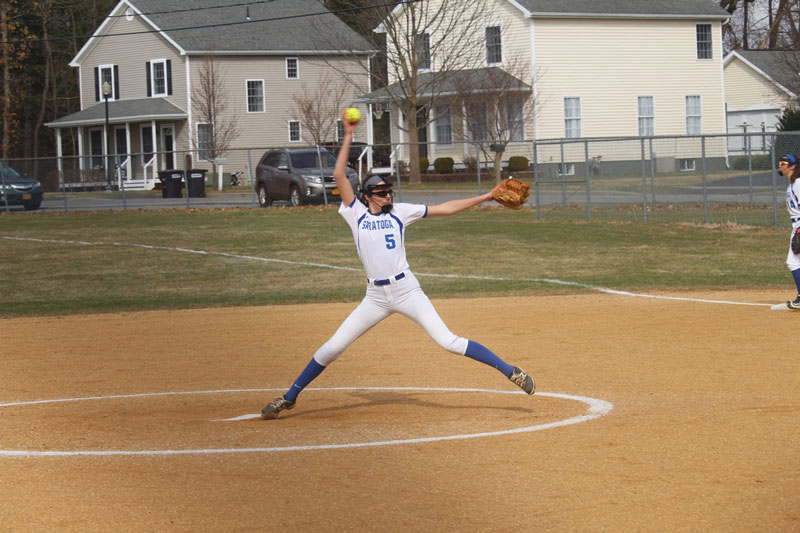 SARATOGA SPRINGS — Madison Chandler, a senior Blue Streak softball player, is taking her biggest inspirations from her supportive family.
Chandler began playing softball at five years old because she wanted nothing more than to be like her baseball playing older brother Alex.
“The reason I started playing was because I always grew up around baseball; I have an older brother, and I always wanted to be like him,” said Chandler.
Her brother is more than the person who got her started in the sport, he is her constant support system as he practices with her, advises her and inspires her off the field as well.
“He’s just who I look up to as a role model. He’s a good leader,” said Chandler.
Aside from her brother, she aspires to embody characteristics of Aaron Judge of the New York Yankees, on and off the field.
“He (Judge) is hard working, determined, even when he’s in a slump he always acts the same - positive attitude,” said Chandler.
This year the first baseman and centerfielder tried her hand at pitching for the first time. She’s been able to effortlessly rotate positions due to her natural talent, her extensive practice schedule and a little bit of luck from her special grey headband.
“Ever since I got it, I always do well when I wear it. It’s just a superstition,” said Chandler. “Something about it just works.”
Overall, she couldn’t have had this much success without her most supportive fans, which she says are “Definitely my parents. They come to every single game. I don’t think they ever missed one,” said Chandler. “They always travel to tournaments with me over the summer. They are just always there.”
Chandler will be following in her brother’s footsteps as she heads to the College of Saint Rose to continue her softball career where she will also study early childhood education.
Read 1965 times