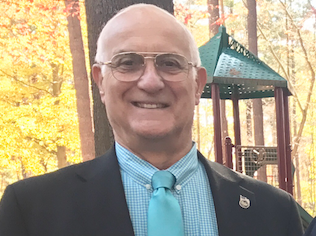 “I will do my very best to fulfill the promises that we made,” DeLucia said, pointing to the cooperative efforts of the four other Malta Town Board members since his first election in late 2015.

DeLucia said he was “honored” and “appreciated that the community recognized the accomplishments” made in the last two years.

On Wednesday, Breheny said he wanted to “work together” with DeLucia because the two men share many “principles.”

Breheny and Cynthia Young were among four Democrats running as a slate. The candidates, in concert with town Democratic Committee member Tom Williams, issued a number of press releases in recent months after knocking on the doors of many Malta residents.

According to records provided by the Saratoga County Board of Elections, Young was the only candidate among the four Democrats to win, garnering almost 27 percent of the votes—or 1,996—for two open seats on the town board.

“It was a good, clean campaign,” Young said. She added that the political process works best when “different voices” are heard on the town board.

Fellow Democrat Tracy O’Rourke trailed as one of four town board contenders with 1,692 votes, or nearly 23 percent.

Councilman John Hartzell earned only 45 more votes (1,889) than Sharon Farley Schiera (1,844). They are both Republicans, who must now await the results of counting 150 absentee ballots to determine a winner.

More in this category: « Milton Voters See a Clear Choice in Ostrander Wilton Voters Stay With Johnson »
back to top