Why You Knead to Try West Ave. Pizza 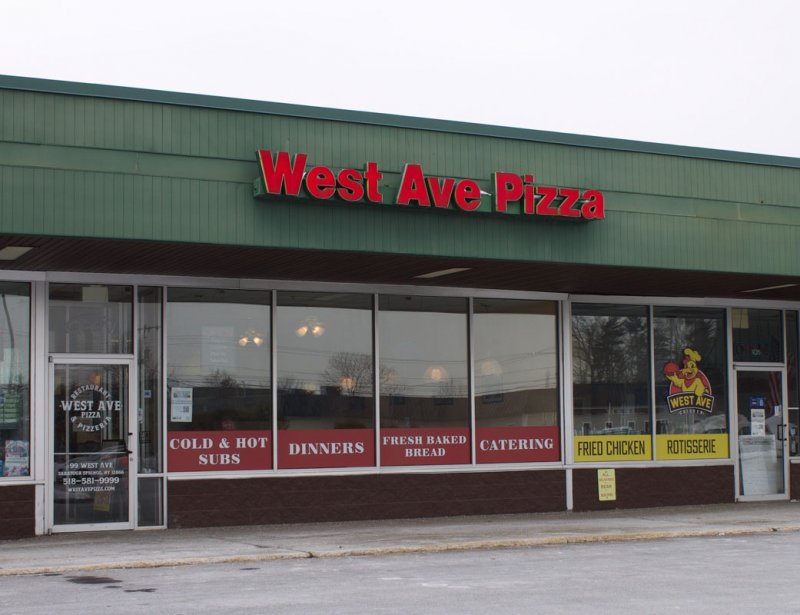 SARATOGA SPRINGS — Family-owned and operated West Ave. Pizza started from scratch last summer and is already a staple in the Saratoga restaurant scene.

Owner Mario Cardenas and family have over 20+ years of experience working in the pizza biz. Moving from the Niskayuna/Schenectady area to Saratoga, they were looking for a spot to open their own restaurant when they came across the space at 99 West Ave, in the West Hill Plaza. West Ave Pizza opened in June 2021.

“We spent time looking for the perfect place that already had what we needed to be successful,” said Mario. “You can’t get any better than Saratoga.”

Mario is very fond of this small city, describing it as melting pot for New Yorkers who converge here, especially during the summers. He says that the wide range of customers, including those from New York City who are familiar with good pizza, makes it easy and fun to share his quality meals, including classic favorites like their pepperoni pies, homemade dough, and fresh bread baked daily.

They have also acquired the space next door, formally Wings Over Saratoga, to open West Ave. Chicken, where the goal is to incorporate more Latin cuisine to what they offer.

The crew at West Ave. Pizza have spent a little less than a year now building up their reputation, a lot of help came from none other than Barstool Sports’ Dave Portnoy, who did a pizza review of the business shortly after they opened last summer.

After learning that Mario was a fan of Portnoy, the community sent messages to him on social media to do one of his famous pizza reviews for his One Bite App when he visited Saratoga during the racing season.

It was storming, the shop had been without A/C for four days, had been without power for most of the afternoon, and was just getting ready to call it quits for the evening when an order came through. Mario was shocked when Portnoy walked in to pick it up.

Scoring the pizza off only one bite like he does for all his other reviews, hence the name of the app, Portnoy gave it a 7.3; a high score that Mario said he doesn’t usually give outside of NYC.

Portnoy is also well-known in the Saratoga area for saving The Parting Glass on Lake Ave. through The Barstool Fund, a charity he started to help small restaurants and bars to stay open. Throughout the years, the Barstool Fund has raised over $23 million dollars towards its efforts.

“I can tell its super fresh, good quality pizza,” said Portnoy in his review. “More importantly – awesome dude, 20 years in the pizza biz., finally gets his own spot. So, if you’re in Saratoga give it a shot.”

West Ave Pizza is dine-in, take-out, or delivery. Their menu includes a wide variety of pizzas, pastas, subs, and more. Call 518-581-9999 or place an order through Grubhub or Slice. West Ave. Pizza uses their own drivers to ensure that your pizza will be hot and fresh when it arrives. Find West Ave. Pizza on Facebook to view their full menu. Hours are Sunday-Thursday 11 a.m. to 9 p.m., and Friday and Saturday 11 a.m. to 10 p.m.

More in this category: « Yana Yoga Announces Change in Ownership with March Promotion Mohawk Auto Streamlines Operations »
back to top