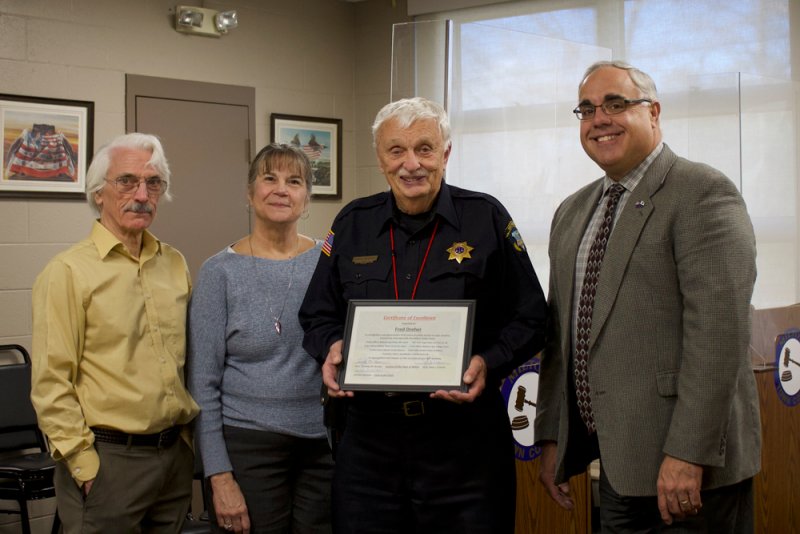 Fred was presented with a recognition award for his many years of service in the community at his 80th birthday party. (L to R): Justice John Cromie, Court Clerk Denise Swahlan, Fred Dreher, and Justice Tim Brown. Photo by Jaynie Ellis.

MILTON — Fred Dreher is celebrating his 80th birthday. Dreher is in his 57th year of much appreciated service to the community throughout his careers and has been on the job as the Court Officer at the Milton Town Court since the late 90s.

Born on Nov. 26, 1941, Dreher is a lifelong resident of Ballston Spa. He graduated from Ballston Spa High School in 1959 and enlisted in the Marine Corps. From the Marine Corps to Court Officer, all of Dreher’s roles show his dedication to serving the community.

In 1965, he began working as a Patrolman with the Ballston Spa Police Department, while simultaneously being employed full-time by General Foods in Saratoga, and helping his wife, April, raise four children.

Part of the duties of a Patrolman were providing security when court was in session. Dreher grew to enjoy work in the court and continued to sign up for the duty, becoming a “regular” there.

When Dreher retired from General Foods, he maintained his part-time position as a patrolman and doing court sessions until 1995. Dreher, always a hard worker, also added another role as a Code Enforcement Officer for the Town of Milton.

It was in the fall of 1998, that Village Justice Timothy Thomas was elected to Milton Town Justice. Thomas naturally asked Dreher to continue in the Milton Town Court as his Court Officer, and he has been there ever since. 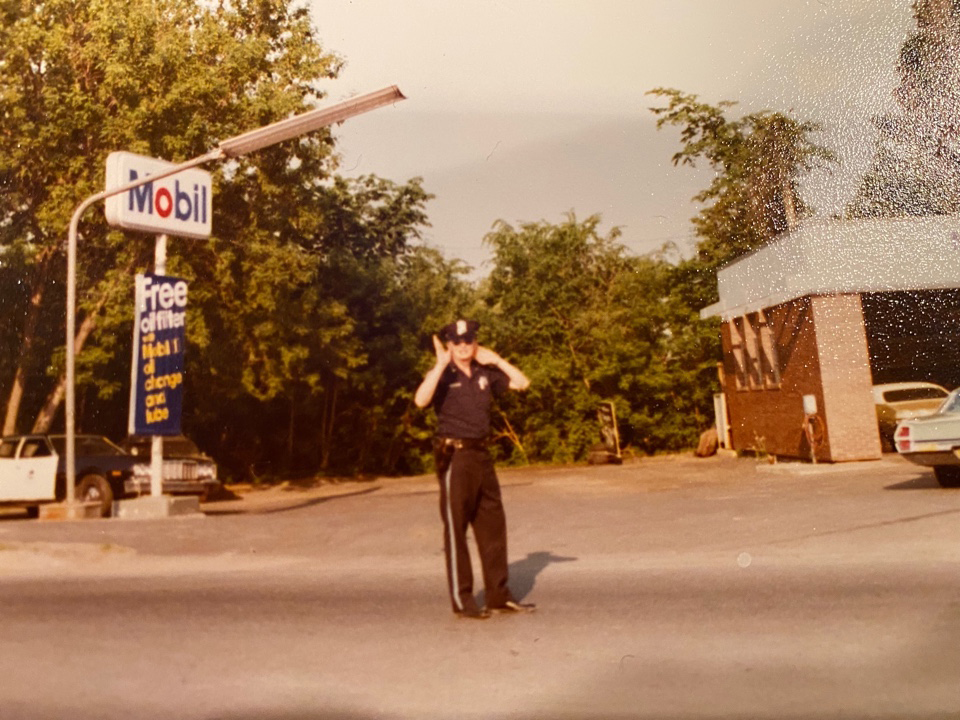 Fred during his patrol days with the Ballston Spa Police Department. Photo provided by Timothy Brown.

Milton Town Justice, Timothy Brown, planned a small birthday party for family, close friends, and coworkers to recognize Dreher and highlight all the milestones he has achieved. Dreher will also soon be celebrating his 60th wedding anniversary with his wife in April of next year.

“As one of the Town Judges here in Milton, I could not ask for a better man on the job,” said Brown. “He is excellent with people, treats everyone with dignity and respect, and has also become a dear friend.”

Brown has personally known Fred and his family for most of his life. Brown vividly recalls waving to Dreher as a child when he drove by in his police car. In addition to the police force, Dreher also served the Ballston Spa Fire Department at the Eagle Matt Lee Fire Company #1 for over 50 years.

“He is a dedicated community servant and has made Ballston Spa a better place by his efforts. He coached all of his children in sports and life. His friendship extends well beyond the town court,” added Brown. “Fred is a remarkable person and I join my co-judge John Cromie in the sentiment that we feel fortunate to have him as court officer.”

When asked what advice he has upon turning 80, Dreher says to “always stay busy”. Sound advice that he lives by himself, as he still enjoys getting outside and doing his own yard work.

We wish you a Happy 80th Birthday Fred!