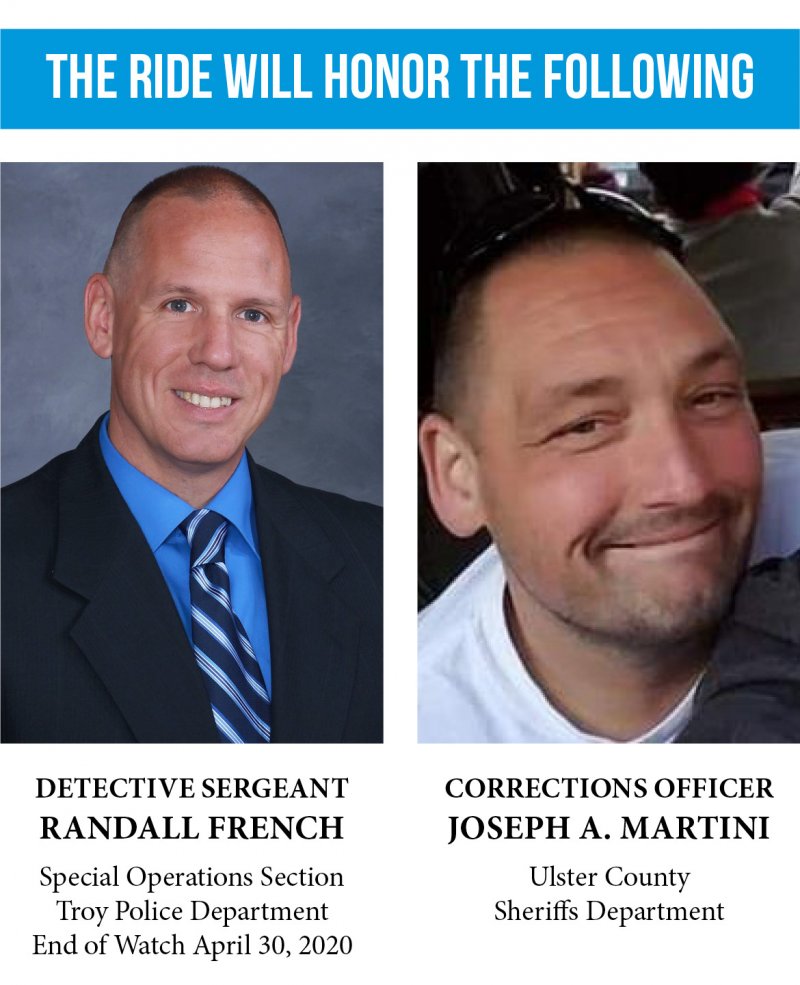 The ride goes through five counties, starting at Spitzie’s on Central Avenue in Colonie. Registration begins at 10 a.m. and kickstands will go up at Noon. It is $20 per bike and passenger, all vehicles are welcome.

Additionally, at Nanola on Route 9 in Malta, there will be food and drink available for purchase, a 50/50 drawing, and raffles, and a stop at Adirondack Harley-Davidson in Broadalbin.

Blue Friday of New York, Inc. was formed in the Capital District in 2004 after two police officers in Albany and Schenectady lost their lives within a short span of time. Pat Fox, an Albany Police Officer at the time, started Blue Friday as a chapter of the Concerns of Police Survivors (COPS) after speaking to fellow police officers and other police unions, determining there was support and a need for this type of organization.

Their Mission Statement reads that Blue Friday of New York was “established to help assist the families of law enforcement officers who are killed or seriously injured in the line of duty as well as the families of officers who have died outside the line of duty if needed. Our goal is to make sure the family knows that ‘They are not forgotten and they will never stand alone’.”

Blue Friday also provides the following resources: survivor victimization issues and grief counseling, assisting families attending the National Police Memorial in Washington, D.C., assisting law enforcement agencies or families in the paperwork process for a line of duty death, and training representatives of different law enforcement agencies on how to cope with and how to apply for the benefits for a line of duty death.

The last Friday in April is considered to be Blue Friday; a day set by the New York State Legislature each year to honor all law enforcement officers – those who have been killed in the line of duty and those still protecting and serving.

More in this category: « Summer Happenings at the National Museum of Racing and Hall of Fame Olympic Fever Saratoga Athlete Rows in Tokyo »
back to top