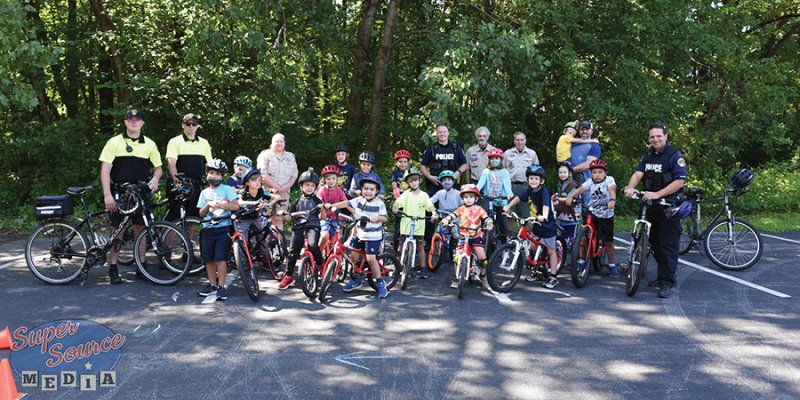 On Saturday, July 31 Cub Scout Packs 12 and 16 held a joint bike rodeo at the American Legion on West Avenue. Kids completed a bike safety course, and then received a bike safety talk from officers with the Saratoga Springs Police Department. It was also a recruiting event for aspiring girl and boy scouts.

The course consisted of weaving and maneuvering, short radius turning, speed control, changing direction, changing lanes, mounting and dismounting, and more, with the older Boy Scouts in attendance as the designated pit crew.

“If they grow up knowing how to be safe on a bicycle, then they will know to be safe when driving a car,” said John E. Koch, Cub Scouts Unit Commissioner, about what the kids were learning during bike safety day.

In the bike safety talk the scouts and aspiring scouts learned important tips on how to wear a helmet properly, how to adjust their bike, and more. Sergeant Evan Fort and Officer Glenn Barrett with the Saratoga Springs Police Department and Deputies Jared Gardner and Nick Hess with the Saratoga County Sheriff’s Office spent some time riding around on their bikes with the kids afterwards.

“We use bikes for public relations, getting out into the community more,” said Officer Barrett. “Patrolling on bikes and on bike paths lets us interact on a different level. If you ever see us out, stop and say hello.”